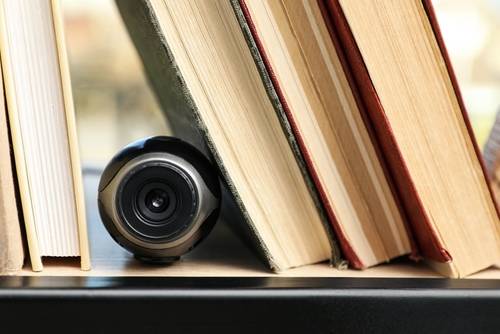 A radiologist, Dr. Jack Chen of California, says he has video evidence that his wife has poisoned his drinks with Drano, a chemical drain cleaner. He installed cameras after becoming suspicious of a chemical smell in his lemonade.  He had also been diagnosed with ulcers, gastritis, and esophagitis.

The couple married in 2012 and had two children, now 8 and 7. Still, Chan claims that his wife and in-law, Youqin “Amy” Gu, verbally and emotionally abused him over the years and isolated his children from cousins and friends.

Emily Yu’s lawyer called the allegations “false” and said they were motivated by the couple’s recent divorce and child custody lawsuit.

Dr. Chen filed a protection order from his wife because he fears being in the same house as Yu.

Yu posted $30,000 bail and was released, and the district attorney’s office is reviewing her case.

Drain cleaners, like Drano, can cause serious and life-threatening damage. According to MedlinePlus, drain cleaner poisoning with the main ingredient of sodium hydroxide, as found in Drano, can cause acute symptoms. Extreme abdominal pain, burns of the mouth and throat, severe burns and tissue damage, loss of vision (if the poison touched the eyes), diarrhea, and vomiting are just a few symptoms that one can experience if ingested. Medical attention is crucial.  Calling poison control can also help give you further information on what to do if unsure.  A handful of factors contribute to the outcome, including the amount that was swallowed. The quicker a person receives medical attention, the better off that person will be.

Another case involving drain cleaner happened in 2019.  A 43-year-old woman faced attempted murder charges in Utah for allegedly trying to poison her boyfriend with Drano cleaner.  She had told police officers that she knew giving him Drano would kill him.  After swallowing the poison, the boyfriend did survive.

For more coverage on this story, see the additional news stories below: