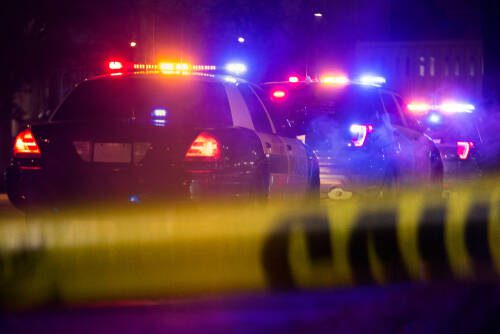 In Missouri, a woman has been charged with the murder of two men who she believed were carjackers who had stolen her SUV.

Damesha Coleman, 35, was charged on Thursday with two counts of murder, one count of assault and three counts of armed criminal action in connection with the shooting of Joseph Farrar, 49, and Darius Jackson, 19, at the St. Louis Speedie Gas Station on Wednesday night.

Officials said a third individual, an unidentified male, survived after he was shot in the head during the shooting rampage. There is no information regarding his condition.

A surveillance video shows Coleman approaching a Hyundai Tucson at the gas station accompanied by another armed individual.

Coleman is seen opening the car door before she began shooting, according to the police.

Detectives reported that Coleman, who is from Spanish Lake in St. Louis County and has no prior criminal record, wentto the gas station to retrieve her stolen vehicle.

Farrar’s youngest sister, Michelle Jackson, was distraught after hearing the news of her brother’s death, claiming he was a stray bullet that killed him.

According to Jackson, Farrar had gone to the gas station to buy medicine for his 11-year-old son who was suffering from the flu.

She mentioned her brother did not lead an easy life. After having been on the streets, battling addictions, in and out of prison, he was released from prison in October 2021.

Despite feeling like he let his family down, Jackson said his siblings could never remain angry with him.

‘He would just make you laugh,’ Jackson remarked.

According to her, she was not angry with Coleman, but she stated ‘that she would have contacted the authorities.’

‘I will be more mad with the guys that stole her car to put her in this situation because we’re all just one decision away from something like that, making the wrong choice.

‘Because when things happen, we don’t always think, it’s just a reaction.’ she stated.

Due to a TikTok trend, there has been an increase in stolen Kia and Hyundai vehicles this year.

TikTok’s video shows how a USB cable can be used to hot wire the car, leading to a class action lawsuit against the carmakers.