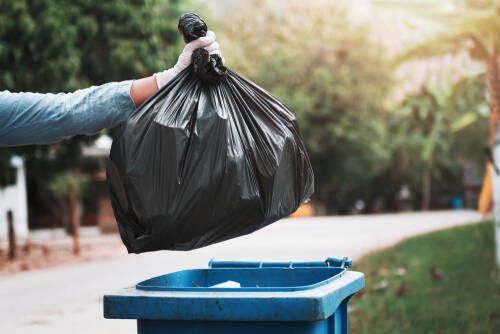 In Allen, Texas, two neighbors who live beside one another have not had the most amicable relationship. This feud began two years ago and escalated at the start of this year when one of the neighbors rammed into the other with her car.

Lakisha Broomfield informed WFAA that she and her neighbor, Sydney Harris, had a disagreement concerning trash. Right after the holidays, Broomfield’s trashcans were full, leading her to put some of her rubbish into her neighbor’s bins. This initiated a heated verbal exchange, which then developed into a physical altercation.

Harris reported to the outlet that Broomfield had forcefully pushed her twice during the disagreement, and it was then that she got into her car and drove it into the cans causing Broomfield to be thrown to the ground.

The occurrence was recorded on the surveillance camera of a nearby resident. In conversation with WFAA, Harris expressed that she had no intention of striking Broomfield with her automobile. Additionally, Harris disclosed that she has a disorder that impairs her movement.

Harris was seen driving into the Broomfield driveway and knocking over the trashcans. This caused Broomfield to be thrown roughly six feet to the ground. Broomfield commented to WFAA, “I can’t believe any person would hop into a car and hit a person the way she hit me.”

Allen police then arrested Harris on a charge of aggravated assault with a deadly weapon.

Broomfield stated that the conflict with her neighbor has escalated as time has gone on. She described how her neighbor has taken her water without permission, shouted at her kids, put sticks on her porch, and even pelted her car with rocks.

The Allen Police Department verified that they received a report of Harris taking water without permission. Harris confessed to using her hose to connect to her neighbor’s outside faucet in order to acquire the water.

Harris expressed that she does not harbor any ill will towards Broomfield.
Broomfield expressed her struggle with post-traumatic stress disorder, anxiety, and panic attacks and how she longs for the peace of mind and an end to these issues.

Broomfield plans to move from the home she is renting.