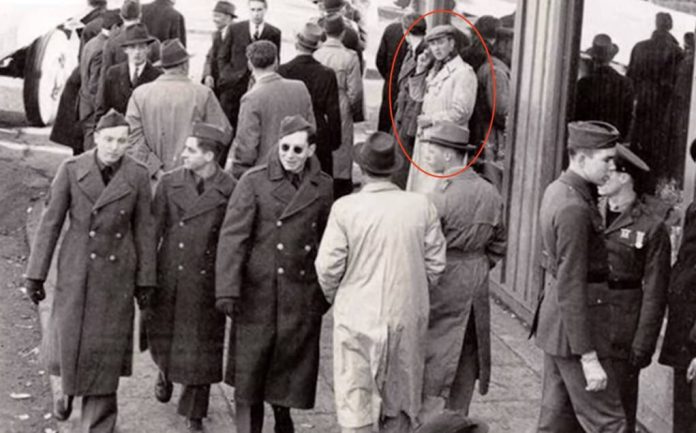 The world’s press has taken notice of an image taken in 1943 in Reykjavik, reports Fréttablai.

“There is nothing strange about seeing a well-dressed man talking on the phone while standing on a busy street corner. But what if the picture was taken in the fifties of the last century?,” writes The Mirror.

In the photo, which was taken at Bankastræti, Austurstræti, and Lækjargata, you see a man that appears to be talking on a cell phone. As a result, some speculate that the person in the photo is a time traveler.

It was about thirty years after the photo was taken that mobile phones were introduced.

Other possible hypotheses are suggested in a New York Post article. The man might have been checking his watch to make sure it was in good working order, or perhaps he is a spy.

Gamlar Ljósmyndir (Old Photos) posted the image in 2016, and it received some media attention in Iceland.

Members of that group have been poking fun at the coverage, pointing out that once the image is cleaned up and enhanced, the truth emerges-that is, the man has his finger in his ear.