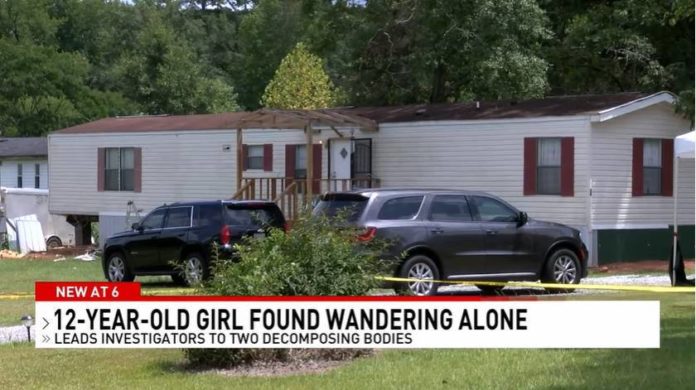 In early August a 12-year-old girl was found walking all alone on a highway in Alabama, which led to two bodies being located in a nearby house.  The bodies were found decomposed.  According to officials the man responsible was arrested on felony kidnapping charges.

The girl’s captor, Jose Paulino Pascual-Reye, 37, could also face capital murder among other charges.  It was a bystander that found the child at about 8:30 a.m., on Monday August 1st.

“I will say that she is a hero, said Tallapoosa County Sheriff Jimmy Abbett during a press conference on Tuesday, August 2. Investigators later found the two bodies at the house, south of Dadeville, and Pascual-Reyes was then arrested in Auburn on first-degree kidnapping charges, Abbett said.

The girl’s relationship with Pascual-Reyes has not been released. The sheriff’s office had first been in contact with the girl on Monday, Abbett said after she was found by a passersby. When she was found she had not been reported missing. The Daily Beast reported that the girl had been bound to a bedpost and drugged with alcohol at one point during her captivity.  According to reports she had chewed through her restraints and then escaped.

One of the decomposed bodies found was identified as Sandra Vazquez Ceja.  According to reports she was smothered with a pillow. The other body was of a boy, his identity has not been released.

Jeremy Dear, District Attorney said more charges will come along with counts of capital murder and kidnapping charges. “And certainly, as we proceed and complete our investigation, I am confident several additional charges will come,” Duerr said. Pascual-Reyes was being held in jail.

The girl had received medical treatment and is doing well, Abbett said. “She is now in good hands.”

For more coverage on this story, please consider the additional news sources:

Doctor Riding Bike Struck by Car and Stabbed to Death

Republican Councilwoman Gunned Down Outside of Home