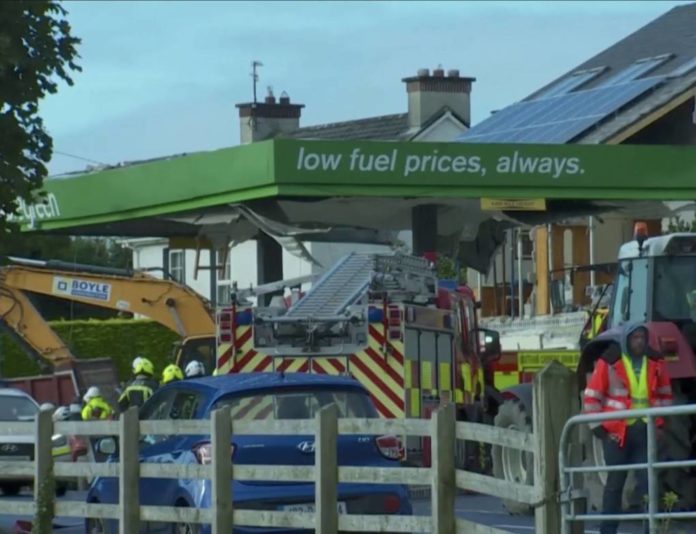 Local authorities in Ireland say ten people were killed in an explosion at a gas station Friday, including two teenagers and a young child.

According to Irish police, the blast in Donegal killed four men, three women, a teenage boy, a teenage girl, and an elementary-aged girl.

In County Donegal, the explosion occurred shortly after 3 p.m. local time on Friday, on the outskirts of Creeslough, at the Applegreen petrol station.

According to reports, A “search and recovery” operation was conducted Saturday by emergency responders from Ireland and Northern Ireland. Saturday, they brought in dogs to search the debris, and an excavator removed piles of rubble.

The explosion not only leveled the gas station, which houses the village’s main store and post office, but the explosion also damaged an adjacent apartment building and shattered windows in nearby homes.

“This is a tragedy for our community,” said Superintendent David Kelly. “I want to offer, on behalf of myself and my colleagues that attended the scene, our very sincere condolences.”

The Irish Prime Minister, Minister Micheal Martin, expressed his condolences. He said, “It is absolutely devastating and quite shocking in terms of the enormity of this tragedy, the scale of it. An explosion ripping through the normality of a community, with people going to the shop, the normal toing and froing of life. Community is what defines our people, and we are witnessing a terrible tragedy in a wonderful community.”

The cause of the blast is under investigation and authorities have not reported a cause yet, but Superintendent David Kelly said evidence points to a “tragic accident.”