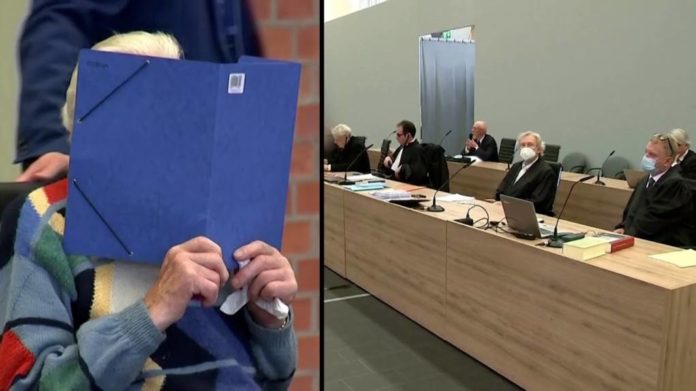 A 101-year-old man was convicted in Germany of 3,518 counts of accessory to murder for working as an SS guard at the Nazis’ Sachsenhausen concentration camp during World War II. The court sentenced him to five years in prison.

The accused of being an accessory to murder is Josef Schuetz. However, despite the verdict, he has repeatedly denied the allegations.

The trial was held in a gymnasium in Brandenburg/Havel, and the man was only fit to stand trial to a limited extent.

A recent legal precedent in Germany set that anyone who assisted in running a Nazi camp can be prosecuted for being an accessory to the murders committed.

The verdict is a late compensation for the relatives of the victims of Auschwitz and a very important sign from Germany, said Christoph Heubner of the International Auschwitz Committee.

The Central Council of Jews in Germany welcomed the ruling, saying that the defendant should also take responsibility for his actions.

The 101-year-old man was charged with involvement in the shooting of Soviet prisoners of war and the use of poisonous gas in the Sachsenhausen camp.

Sachsenhausen was built by prisoners and opened in 1936. More than 200,000 people were held at Sachsenhausen concentration camp between 1936 and 1945. Thousands of prisoners died there of starvation, disease, forced labor and other causes, as well as through medical experiments and systematic SS extermination operations.

For more information on this trial, check out the news outlets listed below to receive additional details.