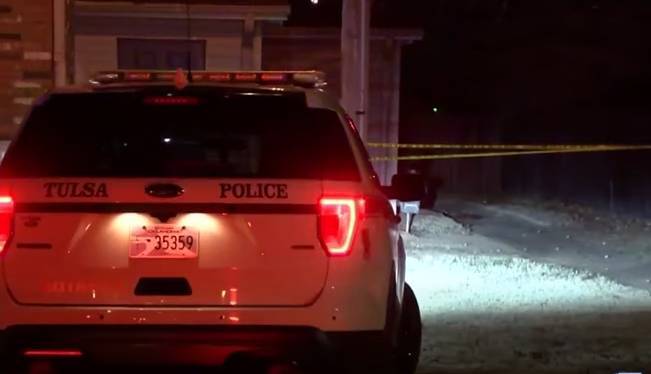 In Tulsa, Oklahoma, a 12-year-old girl was arrested for allegedly stabbing to death her younger brother.

Around 11:43 p.m. on Thursday, Tulsa police received a call about the horrific stabbing of a 9-year-old boy at an apartment in the south central part of the city. They found EMTs and firefighters already performing CPR when they arrived. An ambulance swiftly transported the boy to the hospital, where he underwent surgery shortly thereafter.

Despite all emergency interventions, he passed away from his injuries at 2:37 a.m. in the morning.

Adding insult to injury, the boy’s 12-year-old sister is the main suspect. That night, she confessed to a “parent” that she had just stabbed her brother. A parent, believed to be the mothers of the children, called police on Thursday. As a result of the ages of both the suspect and the victim, no names have been released in connection with this case.

“Intent is going to be a key component that the court system will have to work out,” Capt. Richard Meulenberg said. “Obviously we did some interviews, but interviews with a 12-year-old are very preliminary.”

Meulenberg said the suspect has been taken to the Family Center for Juvenile Justice and the investigation will be handled by the Tulsa Police Child Crisis Unit. Also, juvenile justice will handle the case.

“This, unfortunately, has no easy end or easy path,” he added. “This is going to be a long, convoluted process that’s going to be extremely taxing on everyone involved in this.”

A neighbor in a nearby apartment complex expressed sympathy for the young girl and her mother.

Even during these heartbreaking circumstances, she advised the mother to “be strong.”

In Tulsa, the death of the boy marks the second homicide and suspected fratricide of the new year.