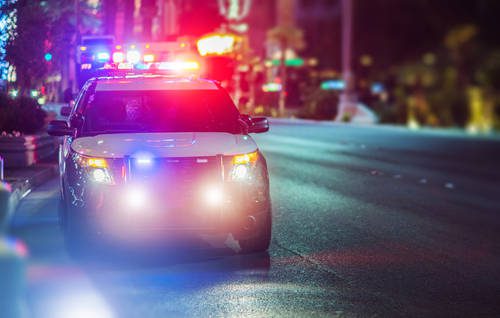 Sheriff’s deputies say a 12-year-old girl plotted a scheme with a friend to murder their families.  It was reported that they planned it for weeks before one of the girls shot her father. The girl and her father are being treated in the hospital for gunshot wounds.

The shooting happened in Weatherford, TX on Tuesday around 11:30 pm.

When police arrived on the scene, deputies found a 12-year-old girl lying in the street with a gunshot wound to her head.  They found her father, 38, shot in the abdomen inside of the house.

It was reported that the girl shot her father, fled the scene, and then shot herself.

An air ambulance was dispatched to take the girl and her father to the hospital. Currently, their conditions are unknown.

The 12-year-old Weatherford girl allegedly planned the murder with another young girl from Lufkin, TX, Parker County Sheriff’s Office reports. The plot included murdering their families and pets.  The duo then planned to drive to Georgia together.

According to deputies, the Lufkin girl also intended to murder her own father, but decided not to follow through with it.

The Lufkin girl has also been charged as part of the murder plot.  Parker County has charged her with criminal conspiracy.  The incident is also being investigated by the Lufkin Police Department.

With the suspects being underaged, officials are not identifying the juveniles. Sheriff Authier said, “Due to the injuries, the age of the juveniles and the sensitive case matter, information released regarding this case will be limited.

For more information on the story, see additional news sources below: