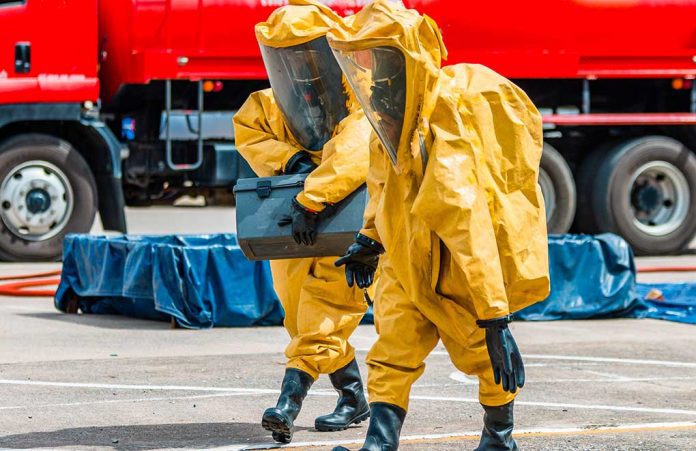 (TheDailyHorn.com) – We rely on industrial plants for countless daily necessities, but we often fail to consider the risks these facilities carry. When things go wrong, the results can be catastrophic.

In recent weeks, La Porte, Texas, was hit with several chemical plant leaks. On Wednesday, July 21, a Dow Chemical plant leak forced a half-mile radius evacuation near Houston, and local authorities monitored the potential for a destructive explosion. Fortunately, no one was hurt or killed. Nearly a week after the Dow Chemical incident, La Porte dodged another potential catastrophe, except this time, some people weren’t so lucky.

The incident involved a "very small" acetic acid leak within the LyondellBasell facility in the La Porte Complex east of Houston.

LyondellBasell is the third largest chemical manufacturer in the United States. https://t.co/QJq2BLOSLx

On Tuesday, July 28, over 100,000 pounds of food-grade acetic acid leaked, causing the death of two people and sending 30 workers to the hospital. The incident occurred at a LyondellBasell plant complex. Authorities said hazmat teams contained the leak, adding that cleanup was underway. Unlike the Dow Chemical plant leak, the LyondellBasell incident didn’t require evacuation or shelter-in-place orders.

A Harris County Pollution Control spokesperson said that a cap burst on a pressurized line, potentially causing the leak. LyondellBasell is the third biggest chemical company in the United States, and its headquarters is in Houston. The Lyondellbasell chemical plant was constructed in 2017.