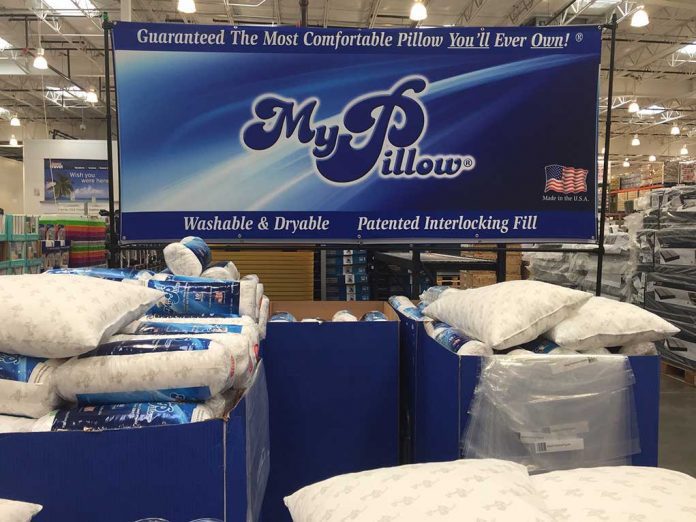 (TheDailyHorn.com) – MyPillow CEO Mike Lindell started the company in 2004, and his products are seen on television and in stores alike.

Over the weekend, the famed businessman said his firm was standing up to cancel culture. During the Conservative Political Action Conference (CPAC), Lindell spoke with Right Side Broadcasting on YouTube. He said that over 20 retailers pulled MyPillow products from their shelves over his support for former President Donald Trump.

Lindell said he researched election fraud issues in the wake of the 2020 race. He took his findings to then-President Trump at the White House and spoke about his discoveries on conservative media. Lindell claims his support for Trump is the reason why retailers pulled his products.

Lindell said he’s glad Dominion sued him and that he’s ready to go to court. The CEO said he has all the proof of election fraud and will expose it in front of a judge.