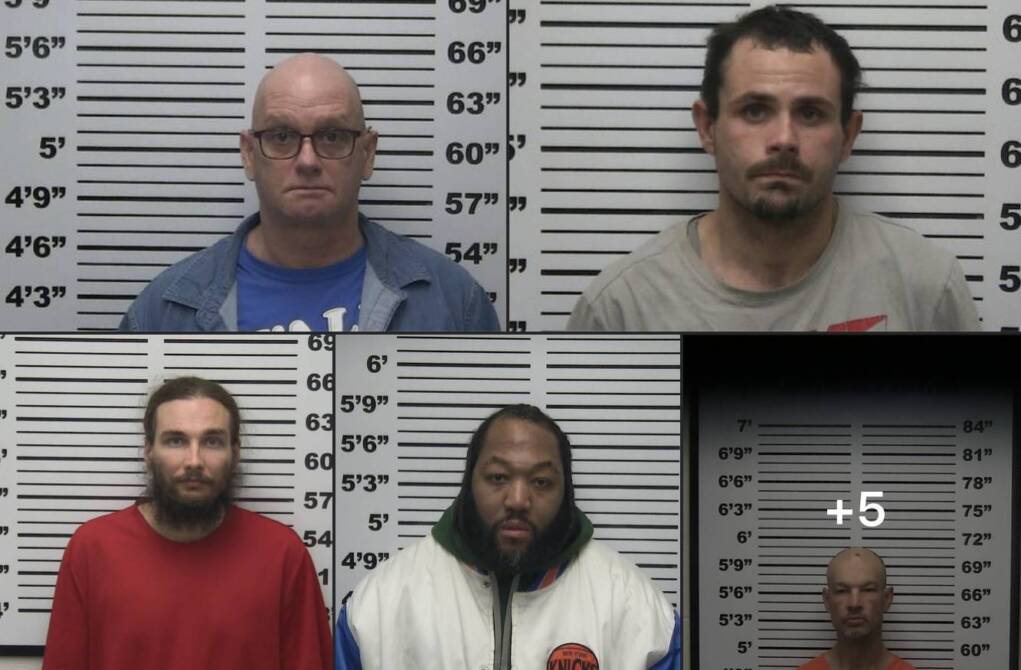 The public is being warned not to approach the escapees but instead to call 911 or their local police department immediately if they come across them.

Authorities are searching for five escapees from St. Francois County Jail after they managed to flee. They were noticed missing at approximately 10 p.m. on Tuesday.

The St. Francois County Sheriff’s Department issued a news release that disclosed that the group had gathered themselves up in a cell and used force to break out of a secure door. Subsequently, they moved to the roof and ultimately managed to leave the confines of the jail and vanished in the stolen Scion.

A Chief Deputy of the St. Francois County Jail suspects that the inmates fled the building via a plumbing chase located on the roof at approximately 7 pm.

Law enforcement has started the search for the inmates.

52-year-old Kelly McSean, formerly known as Larry Benboom, who identifies as a female and is accused of sexual assault. The most recent charge is damaging property owned by the Department of Mental Health.

Dakota Pace, aged 26, has been accused of offenses such as robbery and tampering with a motorized vehicle.

Aaron Sebastian, 30, was being held for assaulting someone and committing sodomy.

Lujuan Tucker, 37, had been charged with rape of a minor in 2003 and was recently apprehended on a charge of assault. His body is adorned with tattoos on both arms, shoulder, and back.

Michael Wilkins, 42, was first apprehended for breaking and entering and for violating his probation.

Agencies from various departments and external sources are actively searching for clues that may lead to the recapture of the escaped individuals. This investigation is ongoing, with investigators continuing to pursue any potential leads.