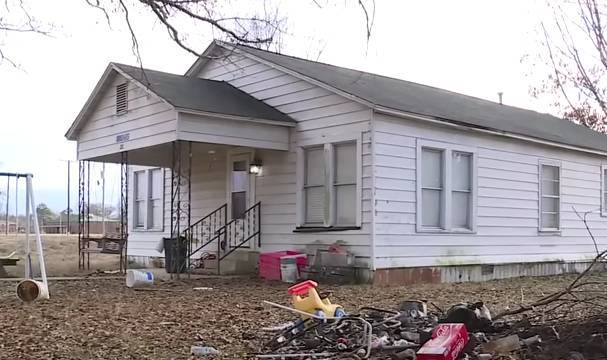 The body of a 5-year-old boy in Arkansas was found decomposing beneath the hallway floorboards of his mother’s home for nearly three months, according to new details. The child’s mother, Ashley Rolland, 28, allegedly told police that her boyfriend, Nathan Bridges, 33, drowned her son in the toilet bowl before cutting a hole in the floor and burying his body, according to court documents.

Rolland and Bridges were both arrested and charged with capital murder, abuse of a corpse, tampering with physical evidence, endangering the welfare of a minor, and battery. Additionally, Rolland was charged with two counts of permitting child abuse, the second charge relating to her 6-year-old daughter who was hospitalized with severe burns on the top of her head.

Rolland’s mother requested the assistance of deputies with the Lee County Sheriff’s Office on December 16 to pick up her two grandchildren from Rolland’s house located on Front Street, according to a probable cause affidavit released this week and obtained by Law&Crime. In the alleged incident, Rolland allegedly brought out her daughter, claiming the burns on her head were the result of an allergic reaction, and claiming that Blu was not at home.

When first responders arrived on scene, Rolland’s father reported that his daughter told him Blu was “dead inside the home and described where he was located.”

According to Rolland, Blu died on September 9, 2022, according to an interview with investigators. A summary of her testimony was included in the affidavit by the detectives.

“[Blu] had angered her boyfriend, Nathan Bridges[,] by biting his finger when Bridges stuck it in [Blu’s] mouth. Bridges took [Blu] to the bathroom and as punishment repeatedly placed [Blu’s] head in the water filled toilet until he drowned him. Nathan cut a hole in their wooden floor, dug a hole in the ground, and buried [Blu] under the house. Rolland stated that she was in the living room while [Blu] was in the bathroom with Bridges. When Bridges exited the bathroom, Rolland entered the bathroom and saw [Blu] struggling to breath, and his body was limp.”

According to Rolland, Bridges is responsible for her daughter’s injuries. She claimed that he “held [the girl’s] head and upper torso under hot water in the bathtub” as “punishment for her behavior issues.”

Bridges and Rolland appeared in Lee County Circuit Court on Monday for a probable cause hearing, according to court records. They are being held without bond and are scheduled to appear in court again on January 17.

To assist in paying for Blu’s memorial, a friend of Rolland’s mother created a GoFundMe page.