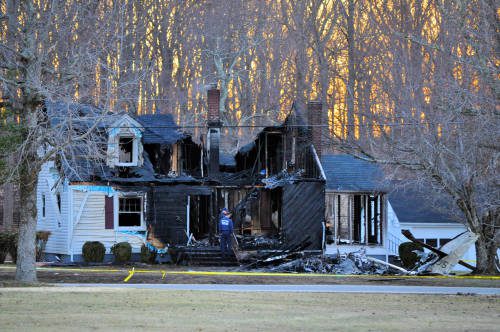 An unexpected event occurred Sunday morning when a small plane, a Cessna 172 crashed into a house in Hermantown, MN. The fatal accident took the lives of three passengers on board the plane.

In a press release, it stated that the police department was notified by the control tower that a small airplane had left the radar, and they believed it to have crashed. The last radar location of the plane was about a mile to a mile and a half south of the airport.

According to reports, the airplane crashed into a residence in the 5100 block of Arrowhead Road.

Wicklund shared with Fox21 that no one in the house was injured.

He stated, “You can see that it literally went right over their head, within a couple feet, and they’re safe, a little shaken for sure, but at this time, they are safe. And our prayers and thoughts are definitely with the families of the folks that periled in this crash and the folks that are dealing with the aftermath of losing their home and being in total shock.”

The victims have been identified as Tyler Fretland, 32, of Burnsville, Minnesota. He was the pilot of the plane. The other passengers were a brother and sister—Alyssa Schmidt, 32, from St. Paul, and Matthew Schmidt, 31, from Burnsville.

The Federal Aviation Administration (FAA) was notified as an investigation began. The FAA and the National Transportation Safety Board (NTSB) will continue investigating the incident.

For additional information on this story, see the additional news sources below: