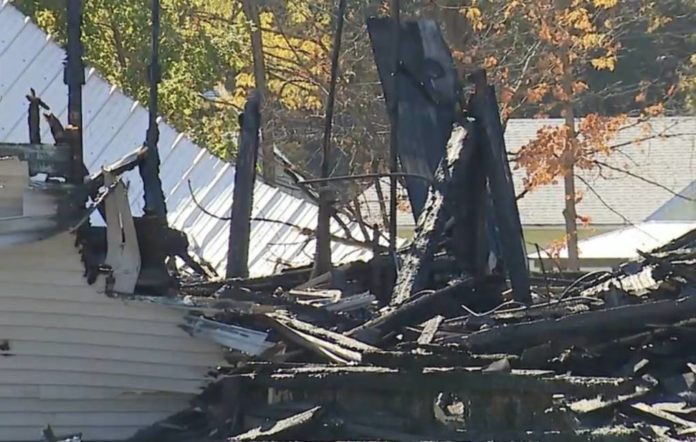 The fire turned into a severe three-alarm fire, and firefighters were able to put it out just before 9:00 p.m.

When the airplane hit the building, it hit the attached garage, making it possible for those in the building to survive. Donald Farquhar, Keene’s fire chief, said, “So the point of impact was somewhat remote from the main body of the house.”

Mayor Hansel said, “The fact that it hit a building where eight people were living, and none of those people were injured is an important detail, and we’re very lucky.”

According to reports, several agencies were dispatched to the scene on Saturday, including the Federal Aviation Administration, the New Hampshire Department of Transportation, and the National Transportation Safety Board.

“It’s a little unnerving because this is the direct flight path to the airport, so planes go over constantly, and we think nothing of it because we’re so used to it,” Michael Robinson of Hope Chapel, located next door told WMUR. Robinson detailed that one of his friends lived in the apartment building and had lost everything.

Robinson shared, “His vehicles — he’s a contractor, so he lost all his tools that were in the thing. He got hit pretty hard.”

The red cross is helping those in need after the crash; Red Cross states, “Our Disaster Action Team is mobilizing, and we are waiting to hear more about what specifically the community needs from us,” the Red Cross said in a statement.

There is an investigation underway by the National Transportation Safety Board into the crash, no other details have been given.