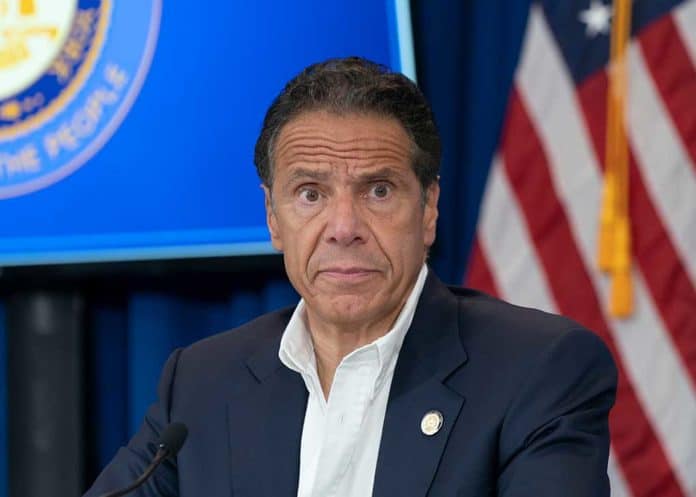 (TheDailyHorn.com) – Last summer, a firestorm erupted around former New York Democratic Gov. Andrew Cuomo. Numerous women complained that the governor sexually harassed them, and their reports led to an investigation by the state attorney general’s office. When the AG released the report, it concluded that Cuomo sexually assaulted/harassed 11 women.

Cuomo denied the charges but ultimately resigned in disgrace. In October, police filed charges against the former governor for forcible touching.

A state worker who says she experienced Cuomo’s unwanted groping is speaking out. The woman said she attended an event in September 2019. The governor suggested that the woman and her boss take a picture with him. After the photograph was taken, she alleges that the then-governor put his hand between her legs and grabbed the area between her butt and thigh.

At first, the woman said she didn’t want to think that the governor had just assaulted her. Still, she expressed surprise and dismay at what had just occurred. The alleged victim said her boss made eye contact with her but never verbally acknowledged what happened.

The alleged victim said she didn’t report the incident because there was no evidence at the time the governor was harassing women, and she thought that perhaps what the governor did wasn’t purposeful. She also didn’t want to say anything for fear of retribution in the workplace.

Cuomo denied the woman’s account and claimed he never touched anyone inappropriately. He went on to accuse the alleged victim of exaggeration or misinterpreting his behavior.