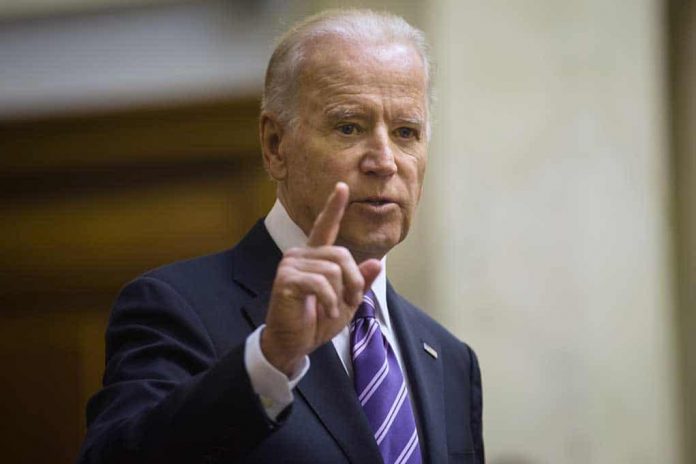 (TheDailyHorn.com) – President Joe Biden spoke before a small audience of Congress members on Wednesday, April 28. It was his 99th day in office.

During the speech, Biden took another opportunity to call for federal police reforms while stating that systematic racism in policing must end.

On May 25, 2020, George Floyd died in the custody of Minneapolis police officer Derek Chauvin. Chauvin was convicted of second-degree murder and manslaughter and will be sentenced on June 25. The president said he would like a police reform bill on his desk to sign by the first anniversary of Floyd’s passing.

Once again, Biden tried to have it both ways. On the one hand, he called policing in America systemically racist. On the other, he stated that the majority of police serve honorably. He called for Americans to come together and build trust between citizens and the police. However, he suggested the only way to do that was for Congress to pass police reform legislation.