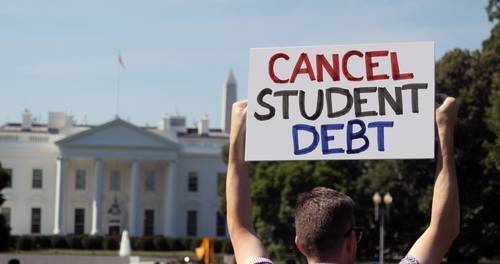 At an early-Thursday press briefing, Jean-Pierre continued to insist that the plan to cancel student loan debt would fully pay for itself. She did not offer a price estimate for the plan, however.

The spokeswoman claimed that the administration did not think this initiative would add to the deficit. However, Bharat Ramamurti, the National Economic Council deputy director said that $2 billion a month was still being paid by borrowers during the payback pause over the last two years.  Prior, the Treasury was receiving on average $6 billion per month.

The White House responded to criticism of its student loan forgiveness plans on Twitter, pointing out that several Republican lawmakers had their loans forgiven under the Paycheck Protection Program.

Asked if the administration would release cost estimates, Jean-Pierre said the Department of Education would be taking the lead and that Biden wanted to do it in a fiscally balanced way.

Ramamoorthy said it is hard to put a number on the relief because it depends on how many borrowers signed up and on the default rates.