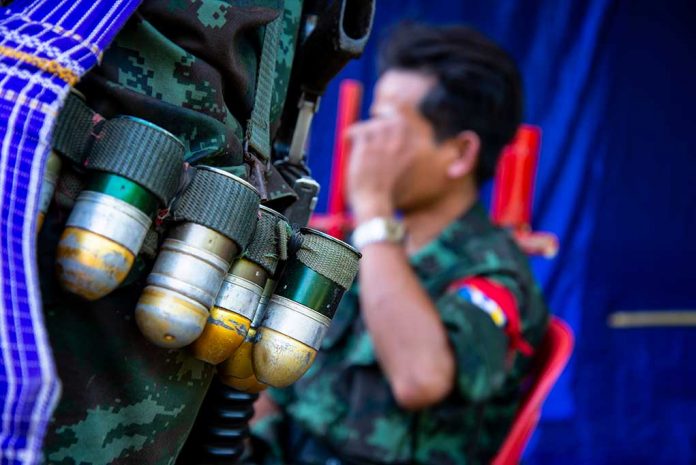 (TheDailyHorn.com) – President Joe Biden is threatening emergency military action unless the Burmese military restores the November 8 election results and the elected government. Military leaders claim a coup was constitutionally legal, and necessary to preserve democracy after the government allegedly refused to investigate voter fraud. The coming coup was known about for days. On Monday, February 1, the military in Burma (also known as Myanmar) took control of the country and disrupted communication systems in some areas.

This international crisis comes in the context of promises from Biden to stand up for democracy and human rights worldwide. White House Press Secretary Jen Psaki said the United States opposed the coup and immediately demanded the military reverse course. If it does not, she claimed, the US military will act. The small country that sits on China’s southern border has made strides towards democracy in recent years after decades of military rule.

Myanmar’s military is known for its brutal behavior, including genocide and other atrocities against minority groups. If Biden uses military force, it could impact relations with China. The Trump administration dealt carefully with Burma, seeking to avoid pushing it towards friendlier relations with the communist giant.