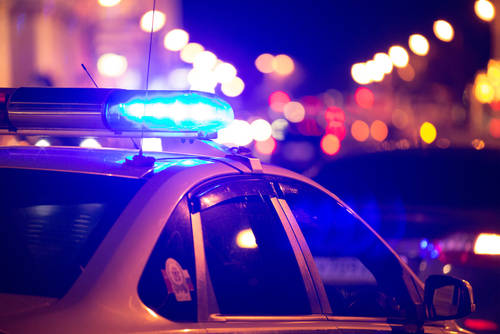 A woman jumped out of a moving car to save her life and escape from a man who allegedly abducted her. The incident happened early Saturday morning in Vancouver, Washington.

According to reports, the man approached the woman earlier, asking for water. The woman gave the suspect water and then let him into her car. Once inside the vehicle, the suspect allegedly showed a knife and threatened her.

He then took control of the vehicle. When the woman saw a chance to escape, she took it and jumped out of the moving car. Once out of the car, she started pounding on doors for help.

Kaitlyn Martin and Jamie Woods were not expecting to wake up to a woman banging on their door in the middle of the night. But that is precisely what happened when the victim came to their house needing help. Martin said, “Police told us later the next day that she was indeed abducted, so I was pretty glad that my husband was calm about it and made sure that she was OK.”

The Clark County Sheriff’s Office responded to the incident after a 911 call was made, reporting that a woman was knocking on their door claiming to be abducted.

Woods reported that a white SUV had pulled up to the stop sign near his home while he was outside with the woman and then took off quickly after. He recalled, “She grappled onto me for comfort, saying, ‘Oh my god, there he is. He’s going to kill me.'”

Deputies found the suspect driving the victim’s car. The suspect initially stopped and then fled from deputies. According to the sheriff’s office, a car chase began at about 5:14 in the morning. The suspect was then apprehended after authorities were able to stop the vehicle.

The suspect was later identified as thirty-one-year-old Jeremy Alexksa.
Alexksa was booked into the Clark County jail.  He has been charged with first-degree kidnapping, first-degree robbery, reckless driving, and attempt to elude.

For more coverage on this story, check out the additional news sources below: