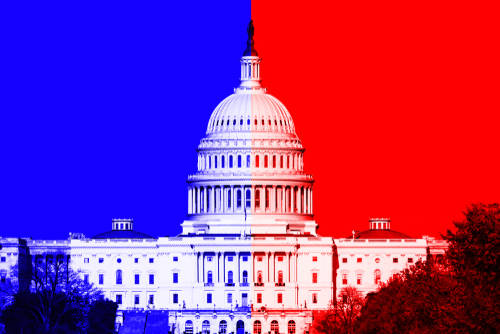 The Senate passed the $750 billion healthcare, tax, and climate bill 51-50 on Sunday, allowing President Biden and his party to advance key policy objectives before the midterm elections.

The Inflation Reduction Act would cut carbon emissions and expand subsidies for health coverage provided by the Affordable Care Act. It would reduce the deficit by raising taxes on big businesses and stock buybacks.

Democratic Senator Joe Manchin of West Virginia told CNN the legislation was a “good, balanced bill” that would benefit the whole country.

Biden praised the Senates passage of the legislation, saying that it would lower the cost of prescription drugs, health coverage, and daily energy costs.

Senate Democrats had long hoped to pass a signature legislative package, but had struggled for months to come up with a deal. Manchin played a critical role in shaping the legislation.

Arizona Sen. Kyrsten Sinema offered crucial support Thursday evening after party leaders agreed to modify the new tax proposals. The changes were intended to keep House Democrats from filibustering the bill when they vote on it later this week.

Key House Democrats indicated they would vote in favor of the bill, despite earlier demands that they oppose SALT. They said the bill passes their test because it does not increase the individual income tax rate.

Republicans used a “vote-a-rama” over the weekend to force a tough vote on policy and kill a critical insulin provision.

Senate Minority Leader Mitch McConnell said the bill included “gigantic, job-killing tax increases” and amounted to a “war on American fossil fuels.” The bill, however, would make an essential difference in reducing carbon emissions and encourage more American consumers to transition to electric.

Lawmakers said that this bill represents a monumental win but is only a beginning.

The bill would authorize Medicare to negotiate prices for certain expensive drugs administered at doctors’ offices or purchased in pharmacies. The number of medications negotiated would increase to 20 per year in 2029 and after that.

The bill would have placed a 15% minimum tax on income large corporations report to shareholders instead of at the I.R.S. and reduced the amount of depreciation companies could deduct from their taxes.