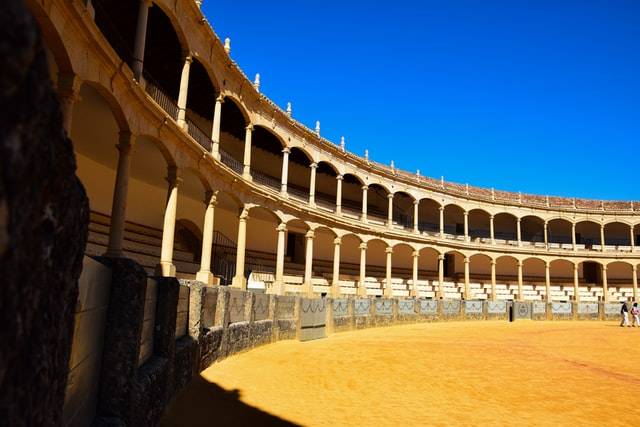 Several tiers of crowded stands in an improvised bullring collapsed during a bullfight in central Colombia on Sunday.

At least four people were killed and hundreds injured when part of a stadium in El Espinal in Colombia’s western state of Tolima fell apart.

Footage of the collapse quickly went viral on social media, showing hundreds of people trapped underneath three levels of stands during a popular event known as corraleja.

The mayor’s office and private parties in El Espinal organize events to celebrate the Feast of Saint Peter on June 29. The bullring was built with gadua bamboo, but the structure was unstable.

Velez said 50 volunteers were helping to transfer the most seriously wounded spectators from the bullring to the town’s one hospital. A 14-month-old baby was among the dead.

The mayor of Espinal, Juan Carlos Tamayo, asked citizens to evacuate the area after a bullfight arena accident.

Local hospitals received 322 patients who were injured in the stadium collapse, Colombia’s civil defense body said. A video posted to Twitter appears to show the collapse, with people running as the structure topples toward them.

The incident recalled a similar corralejas disaster in the Caribbean town of Sincelejo, where 500 people died and 2,000 were wounded in 1980. President-elect Gustavo Petro requested local authorities to refrain from authorizing more spectacles with the death of persons or animals.