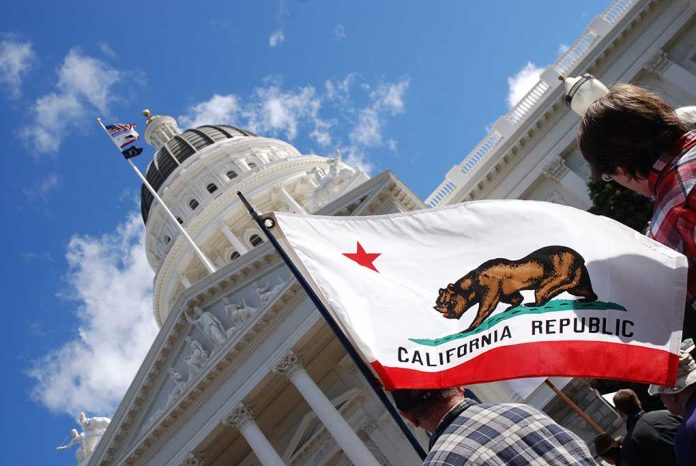 (TheDailyHorn.com) – In 2016, California banned state-funded travel to twelve states over perceived issues with their laws restricting LGBTQ rights. One of the most left-leaning states in the country, the Golden State said the bans were necessary to make the point that LGBTQ discrimination was unacceptable.

Now, it’s happening again. In recent months, five states have introduced legislation that would prevent transgender women and girls from participating in school sports for girls. California has responded by adding those states to the list.

There is an unprecedented wave of bigotry and discrimination in this country. California will not support it.

When states discriminate against LGBTQ+ Americans, we take action: https://t.co/L067TUNVri

California Democratic Attorney General Rob Bonta said his state would not support bigotry and discrimination. Yet, the AG would tolerate a complete lack of common sense and significantly oversimplify the issue. He stated nearly half of the states are more interested in demonizing youth who are transgender than solving crime or defeating COVID-19. Just as California disapproves of states like Florida, the conservative-led states may not appreciate California’s position.

The state legislature did create exemptions for necessary travel to the banned states. It also intends to honor existing agreements signed before California added the conservative states to their ban list. However, it’s not known how many agencies are enforcing the rule.