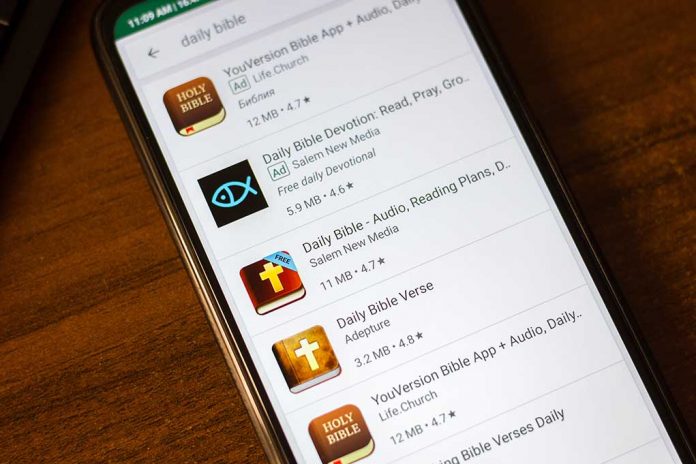 (TheDailyHorn.com) – If you live in China and want to read or listen to the Bible or Koran through an app, things just got complicated. App maker Olive Tree Bible Software has removed its Bible app from the communist country’s Apple Store.

This decision came after the tech giant’s review process said the developer needed special permission from the Chinese communist government to distribute religious content via an app. The company says it’s working to obtain the required permit.

Karachi-based company Pakistan Data Management Services offers a Quran app and is also working to get Chinese approval to restore its app. It claims one million users in China use its service. The company said those who have already downloaded the app could continue to use it.

The two app companies are not alone in suffering religious censorship by the Chinese government. Amazon’s audiobook service Audible was affected by the Chinese permit requirement to host religious content. Unlike some services, Audible doesn’t use a standalone platform for customers in China.

On October 14, Microsoft announced it was pulling LinkedIn from China by the end of 2021 due to intense compliance requirements. Because of their religious motivations, though, the makers of apps that support the Bible and Quran are likely to be more persistent in getting their apps approved.