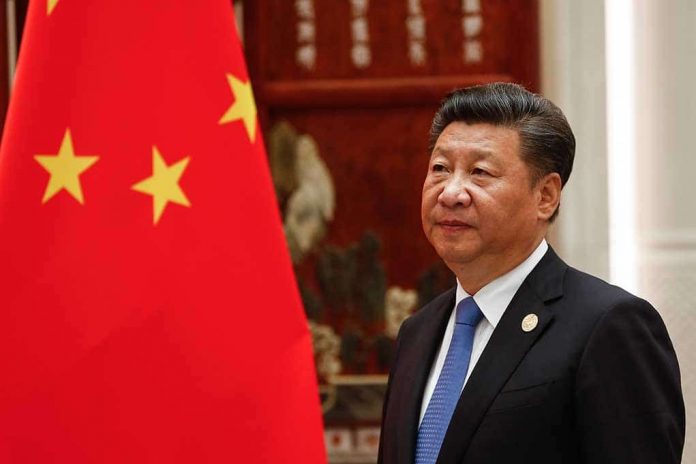 (TheDailyHorn.com) – In the wake of President Joe Biden’s botched withdrawal from Afghanistan, China likely saw the United States as weakened and lacking resolve. In the days following the US retreat, the communist country increased its presence near Taiwan and began flying military aircraft over the small island’s airspace.

China considers Taiwan its territory under the One China policy and says it intends to reunify the island with the mainland at some point, despite Taiwan’s desire to remain a democratic, independent country.

Biden's puppet masters have no fear of America anymore.

In recent weeks, Taiwan requested that the US change the name of its US office from “Taipei Economic and Cultural Representative Office” to “Taiwan Representative Office.” According to Hu Xijin, editor of China’s state-run Global Times, if the US doesn’t make the change, the Chinese will respond with diplomatic and military actions. Xijin is a card-carrying member of the Chinese Communist Party (CCP). The editor said that the formal government couldn’t share its sentiments, but, on their behalf, he could.

Xijin said America’s consideration of the change is arrogant, and that the Chinese government will not stand silent. He added that Chinese military fighters would fly over the island, a threat meant to intimidate Taiwan and the United States.

On Thursday, October 21, Biden said that the US would come to Taiwan’s defense if China attacked it. The next day, the White House stepped in and walked back the president’s words. Administration officials said the government would provide Taiwan with arms, but no direct military support via the Taiwan Relations Act.