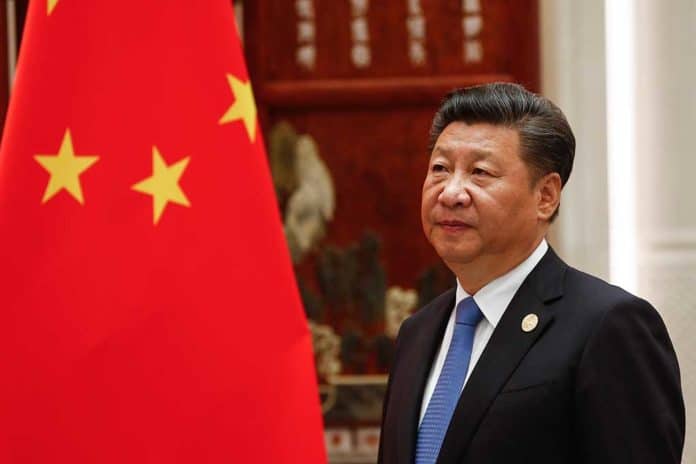 (TheDailyHorn.com) – In recent years, China claimed territorial dominance over the South China Sea. The region is known for its crucial shipping lanes, fish stocks, and undersea oil and gas deposits. The Chinese Navy routinely blocks its neighbors from utilizing resources within their territorial jurisdictions. Despite the harsh actions by the Chinese communist government, on Monday, November 22, Chinese President Xi Jinping told the Association of Southeast Asian Nations that it would not seek to dominate Southeast Asia or bully its smaller neighbors.

Parts of the South China Sea overlap the territorial countries of Malaysia, Brunei, and the Philippines. The Chinese communist dictator said his government opposes dominance and power plays against its neighbors. Instead, Jinping said he prefers that his country enjoys a positive relationship with its neighbors, as well as long-lasting regional peace. The leader of the world’s most populous country added that China would not bully its smaller friends.

Despite the Chinese leader’s rhetoric, several nations disagreed with his viewpoint about Chinese power and intimidation. Recently, the Chinese coast guard blocked two Philippine supply ships headed to a disputed South China Sea shoal and forced them to return to port. Philippine President Rodrigo Duterte called on China to respect the 1982 United Nations Convention on the Law of the Sea that determines sovereign maritime rights. China refuses to recognize the ruling. On Monday, Chinese Foreign Ministry spokesperson, Zhao Lijian, said China would maintain its sovereign and maritime rights and interests in the South China Sea.