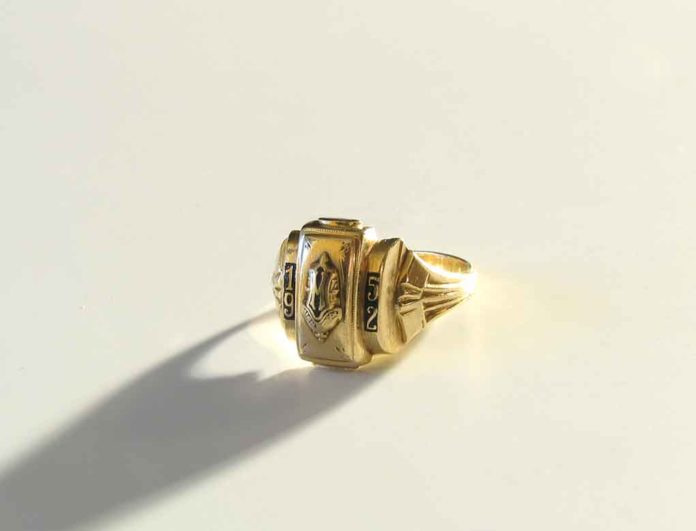 (TheDailyHorn.com) – Some things in life hold incredible sentimental value. When a treasured item is lost, it can be an emotional experience. It can be even more emotional when someone finds a lost treasure. This is a unique story about a lost class ring and its reunion with its owner.

Kelly Steward enjoys searching for objects under the ground using his metal detector. In February 2019, near his home in Richfield, Utah, Stewart discovered a 70-year-old, 10-karat gold class ring on the property of an abandoned house. The Colorado School of Mines class ring dated itself to 1943. Inside the band was the inscription of the initials RWD.

Watch: Class ring unearthed in Utah after being lost for 70 years https://t.co/fBCsNpmmOy

Stewart said he bought a 1943 school yearbook on eBay and found the likely owner, Richard William Deneke. He spent numerous months searching for the man’s family in hopes he could reunite it with someone close to Deneke. Stewart didn’t just find any old family member, though. He discovered the owner of the ring was still alive.

Deneke is nearly 100 years old and now living at a nursing home in Georgia. When Stewart reached out to the ring owner to inform him of the discovery, Deneke thanked him, saying the discovery was amazing. Deneke said he remembered losing the ring in the 1940s while visiting Richfield. Stewart said the ring is on the way to its rightful owner.