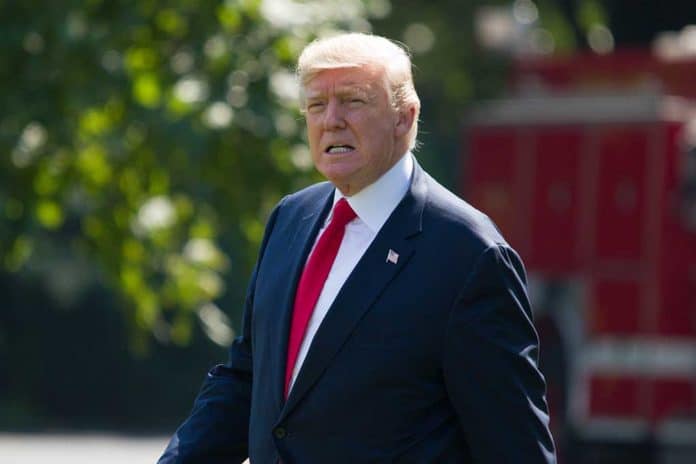 (TheDailyHorn.com) – Every winter, conservative activists and elected officials from across the country gather in one of the most influential conservative conferences in the world; the Conservative Political Action Conference (CPAC). On Thursday, February 24, the conference kicked off in Orlando, Florida.

Something different is brewing in the atmosphere at this year’s conference. Over the last several months, the liberal media has attempted to drive a wedge between former President Donald Trump and Florida Gov. Ron DeSantis (R). The two men are both allegedly aspiring to the presidency. Both will be speaking at CPAC.

Trump or DeSantis, Is It Even A Question?

As the conference kicks off, Donald Trump could cement his dominance in the Republican Party ahead of the 2022 midterm elections. He could also position himself for a potential 2024 run at the White House. The media is clamoring for a CPAC showdown between the two political titans. Over the last year, the former president has worked to build his new social media platform Truth Social which launched on February 21. Trump often appears in conservative media interviews, has endorsed Republican candidates for the 2022 midterm races, and has held several rallies with more planned in the coming months.

Gov. DeSantis has been a conservative stalwart fighting against President Joe Biden’s overreach in terms of COVID policies. He was the first governor in 2021 to fully open his state. Additionally, he defeated the teacher unions over school masking, vaccination mandates, and school closures. He’s considered by many as the top Republican presidential aspirant other than Trump. Yet, if Trump scores high on the CPAC straw poll later in the week, he may be impossible to stop in a Republican primary.

In December, a Harvard-Harris poll said Trump would win the Republican nomination with 67% of the vote. DeSantis was at 8%. Regardless, the 2024 presidential election is a long way off and anything can happen between now and then. Besides, neither Trump nor DeSantis has said they intend to run for president, but both have dropped hints it could happen. Currently, DeSantis is running for re-election as Florida’s governor.

Trump and DeSantis Dispute the Media

The mainstream media tried to promote the notion that the two men were not getting along in December, but both disputed those claims. In January, Trump said there was not a rift between him and DeSantis and called the stories fake news. The former president said the two men have a very good relationship.

In early February, DeSantis said he and Trump are good friends. The governor added that Trump tells him often that he appreciates the job he’s doing in Florida. DeSantis added that the media is making up a controversy that doesn’t exist. He added that the media lied about Trump for four years and did everything they could to get Biden elected.

So, does it sound like to you that there is a controversy between Trump and DeSantis, or is it all media spin?