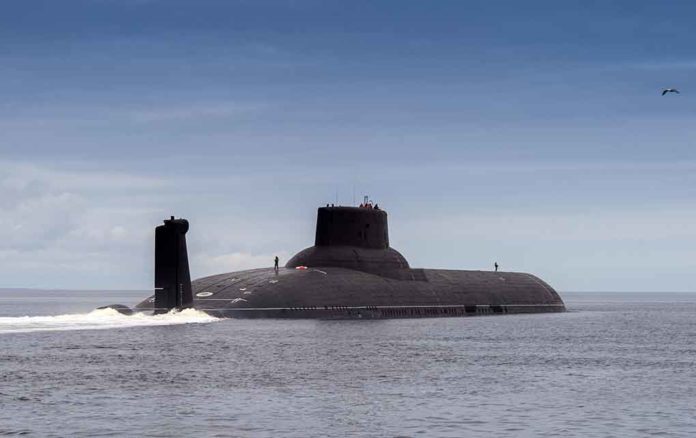 (TheDailyHorn.com) – Submarines are unique naval vessels capable of running silent military operations underwater. There are two different types of submarines – one is a fast-attack, and the other is a ballistic missile submarine.

On October 2, the Seawolf-class fast-attack submarine, USS Connecticut, hit underwater terrain in an uncharted area of the South China Sea on October 2. Due to severe damage to the sonar dome and ballast tanks, the submarine had to make its way back to Guam navigating on the ocean’s surface so officials could decide what to do with it. With its sonar functionality inoperable, the submarine was unable to navigate underwater safely.

Recently, the USS Connecticut went to the US West Coast for complete repairs. Once again, the entire journey took place on the ocean’s surface. Engineers do not design submarines for surface sailing, and stormy weather can make for an unpleasant experience. Due to extreme weather near the submarine’s home base in Washington state, the boat, as submariners refer to their subs, was sent to San Diego, California.

In the wake of the damage to the boat, the Navy fired the USS Connecticut’s commanding officer, executive officer, and boat chief due to loss of confidence. US 7th Fleet commander Vice Adm. Karl Thomas said sound judgment, good risk-based decision making, and following proper navigation planning and rules could have prevented the incident.

The Seawolf-class submarine is among the most advanced submarines ever built.