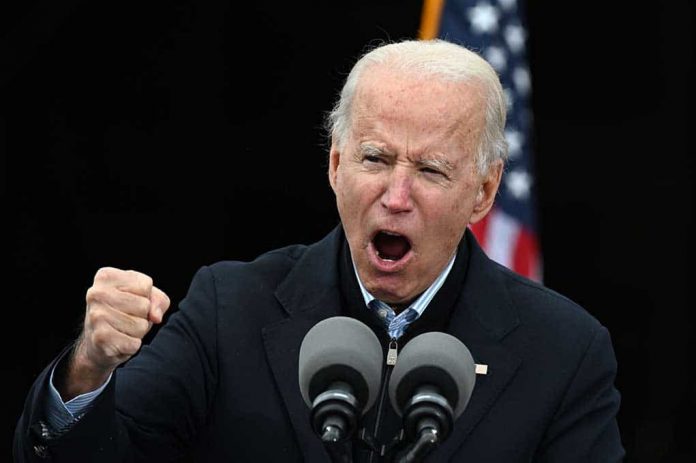 (TheDailyHorn.com) – Opposition to President Joe Biden’s strategy in Afghanistan continues to mount. Figures on both sides of the political aisle have leveled criticism at him.

Former US Navy Seal and current Congressman Dan Crenshaw (R-TX) warned that President Biden is playing with fire. Crenshaw said that Biden is once again on the wrong side of history after favoring appeasement policies for decades.

On August 14, the Taliban captured Kabul and now control Afghanistan. The US is frantically trying to get Americans out of the country by August 31, but an untold number risk being left behind due to Biden’s capitulation to the Taliban.

Hero…Rep. Dan Crenshaw to Newsmax: Biden Foreign Policy on Side of 'Appeasement' | https://t.co/U9Ei7x0qmD https://t.co/uZOByUbrRP via @Newsmax

Instead of standing up to terrorists, the president is the first ever to stand down. Crenshaw said Biden’s appeasement tactics don’t work on the Taliban. Militia leaders aren’t going to play nice because we follow their demands. The Taliban will protect and empower terrorists. They will hurt Americans, and they will find America’s Afghan allies and kill them.

As of August 25, Biden’s approval ratings are collapsing as voters lose trust in his competency to lead America. Rep. Crenshaw stated that Biden could hurt Democrats in the 2022 midterm elections. Beyond that, it might be too early to know the long-term impact on Biden if he chooses to run for re-election.