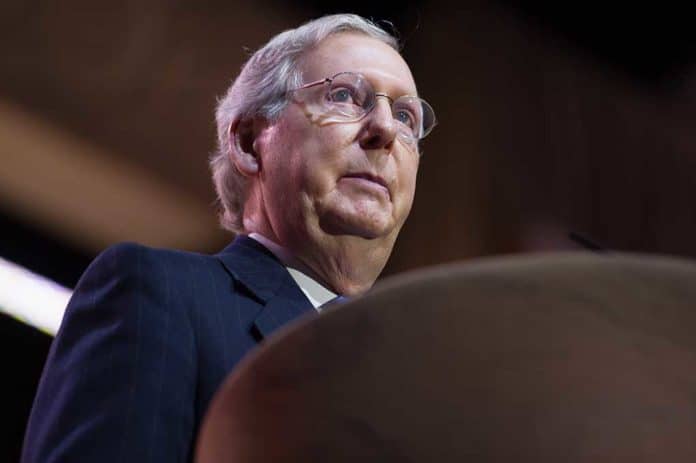 (TheDailyHorn.com) – During the four years that Donald Trump served as president, he and then-Senate Majority Leader Mitch McConnell (R-KY) appeared to have a good working relationship, but not much of a personal one. After the January 6, 2021, protest on Capitol Hill, Democrats accused Trump of inciting a riot and impeached him. McConnell voted not to convict Trump but excoriated the president on the Senate floor. Since then, the pair have publicly sparred on occasion. This has led some to suggest that there is a battle inside the GOP to control the party. Among these analysts is liberal Democrat political pundit Juan Williams.

Juan Williams: It's Trump vs. McConnell for the GOP's future https://t.co/F5XmorJPnq pic.twitter.com/u11ef92tXm

The occasional Fox News contributor believes McConnell and Trump have been strategically and tactically duking it out of late. Williams thinks the Senate Minority Leader is using his power to ensure Trump doesn’t take over the party. In the meantime, Sen. Lindsey Graham (R-SC) says he can’t support a potential Republican majority leader if he or she doesn’t have a working relationship with Trump and won’t drive the former president’s America First policies.

Williams is describing a potentially bad situation for the GOP, but he could be off the mark. Republicans appear largely united in their quest to take back the House and Senate this fall. It’s likely that Juan Williams is looking for a division within the Republican Party that doesn’t exist to the degree that he hopes. Of course, that doesn’t mean there aren’t anti-Trump Republicans. Still, many expect Trump and McConnell to unite to better the party and the nation.