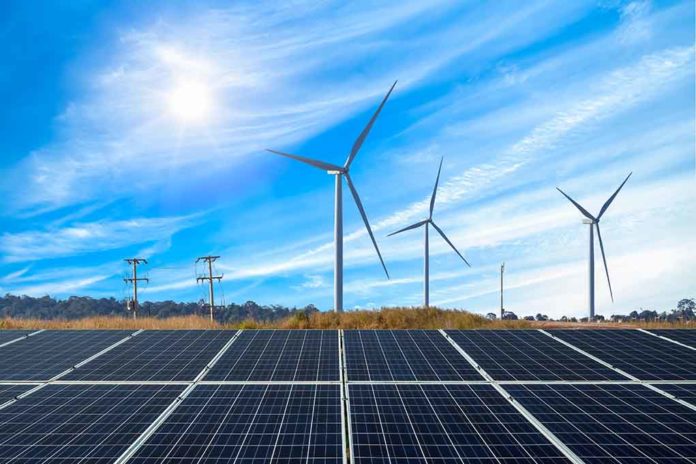 (TheDailyHorn.com) – The Democratic majorities in the House and Senate spent six months fighting over President Joe Biden’s Build Back Better agenda in 2021. Ultimately, the partisan divide came down to one person. Shortly before Christmas, moderate Democratic Sen. Joe Manchin (D-WV) announced that he would not vote for the partisan proposal, killing it altogether.

On Monday, March 14, 89 Democrats announced that they want to push their climate change agenda one more time ahead of the midterm elections. The news comes as gasoline and utility prices spike to unprecedented levels. The drive to transform America’s energy policies could backfire on Democrats as voters express unhappiness about inflation.

Democrats say that they need to pass transformative energy policies while they hold the majority in both the House and Senate, as well as the presidency. Breathing new life into climate reform may be easier said than done in the current economic environment. Still, that’s not stopping the Left from pursuing its agenda.

On Tuesday, AAA said the average national price for gasoline was $4.316 per gallon. Gas prices have risen every month since Joe Biden took office in January 2021 for a total of $1 per gallon by January 2022. After Russia invaded Ukraine, gas spiked again as investors drove up the price of a barrel of oil.

Any Climate Proposal is Likely to Face Pushback

Democrats are sticking to the theory that renewable sources will bring energy costs down over time. Of course, there’s no evidence to suggest they are right. For one, there aren’t enough plants built to facilitate manufacturing.

There’s also a political problem. On Monday, Manchin opposed a controversial Biden nominee for the Federal Reserve over energy policies. He said America needs an all-the-above energy policy to meet the nation’s critical needs. The West Virginia Senator added that the focus should be on rising inflation and energy costs. While Manchin supports numerous green causes, he’s a pragmatist from a fossil fuel state. He’s demonstrated time and again that he believes fossil fuels carry the weight of US energy needs at this time.

So, will Democrats ensure reliable forms of energy, or will they continue to push an unreliable green solution? If it’s the latter, they may find themselves infighting once again. Voters will likely decide to give them the boot from office in November if inflation and energy prices remain stubbornly high.