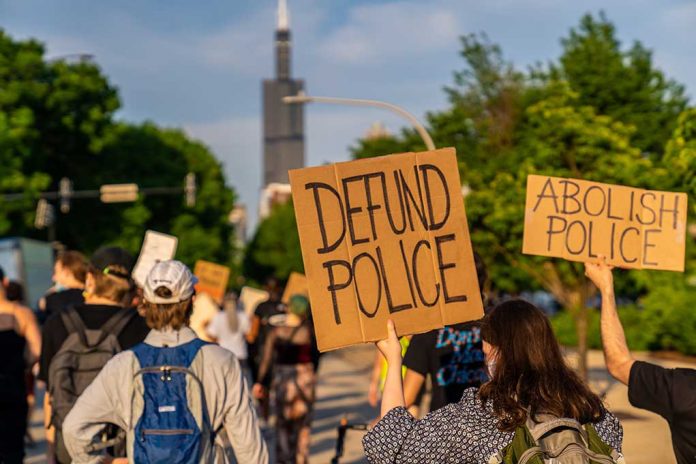 (TheDailyHorn.com) – Far-left Democrats are at it again. Despite the concerns of party moderates in November that the “defund the police” movement caused some election losses, it seems the “Squad” isn’t paying attention to the politics of their narrative.

During a traffic stop over the weekend, a 26-year veteran police officer accidentally pulled a gun instead of a taser and killed a 20-year-old suspect. Daunte Wright was wanted on a warrant, resisted arrest, and attempted to flee the scene. After the incident, several extremist Democrats suggested going further than just defunding the police.

Daunte Wright’s killing was not a random, disconnected “accident” – it was the repeated outcome of an indefensible system that grants impunity for state violence, rewards it w/ endlessly growing budgets at the cost of community investment, & targets those who question that order.

Pulling the racism card, Rep. Rashida Tlaib said that Officer Kim Potter did not commit an accident. She said it was government-sanctioned murder and added that the police are beyond reform. She added that it’s time to dismantle police departments altogether. Reps. Alexandria Ocasio-Cortez (D-NY) and Ilhan Omar (D-MN) agreed with Tlaib’s assessment.