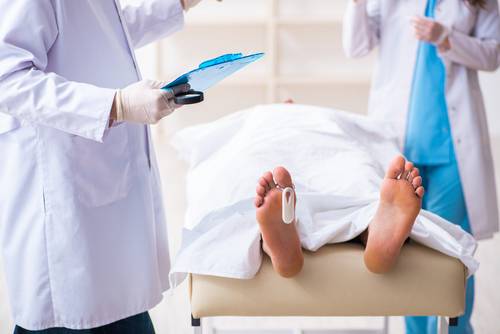 Rather than face homelessness and eviction, a Canadian man requested to be legally euthanized in Canada.

When the house where he lived went up for sale, 54-year-old Amir Farsoud applied for the extreme measure of ending his life. It was at that moment that he decided to take action. With his debilitating and untreatable back pain, Farsoud qualified for Canada’s controversial program called MAID (medical assistance in dying program.)

Since Farsoud suffers from chronic back pain, which makes him debilitated, he figured he should end his life the easy way since he was likely to die on the streets anyway. He said, ‘I know, in my present health condition, I wouldn’t survive it anyway. It wouldn’t be at all dignified waiting, so if that becomes my two options, it’s pretty much a no-brainer.”

As a result of Canada’s social services failing to support Farsoud, his decision was not driven by pain but rather by the prospect of homelessness.

MAID had accepted one of the two signatures required to accept Farsoud into their program, and he only needed one more signature, according to City News.

With all of the plans put in motion, an unlikely turn of events changed Farsoud’s mind.

After his story broke in Canada, a GoFundMe page set up by a stranger raised over $60,000 in donations. It was enough to get him new housing and change his mind about suicide.

The law legalizing MAID in Canada was passed in 2016 with the intention of providing an option for those who were destined to die in the near future.

A new expansion was made in 2022 to include people with debilitating disabilities or pain, even if their lives were not in immediate danger.

Nevertheless, an anonymous woman set up a GoFundMe in Farsoud’s honor after his story made headlines. In addition to a roof over his head, the $60,000 was enough to make him change his mind about ending his life, as reported by The Daily Mail UK.

Farsoud told the outlet how the GoFundMe had changed him. He shared, “I’m a different person, The first time we spoke, I had nothing but darkness, misery, stress, and hopelessness. Now I have all the opposite of those things.”