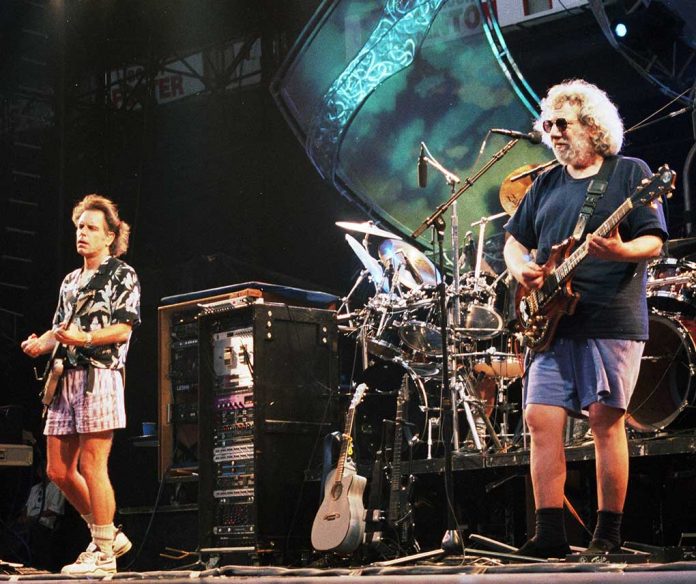 (TheDailyHorn.com) – What would you be willing to spend on a t-shirt? Is $25 too much? How about $100? What if the t-shirt was an original piece of memorabilia from a historic band? One devoted collector has just made a significant investment in a portion of a major rock group’s history.

One of the earliest official Grateful Dead shirts from 1967 just sold at auction for a record amount of $17,640.

An original Grateful Dead T-shirt from 1967 sold for $17,640 through Sotheby’s on Friday, breaking the record for the most expensive vintage rock shirt sold at auction. https://t.co/tZz01WUKPP

Allan “Gut” Terk designed the Grateful Dead t-shirt that Bo Bushnell won at auction. Terk was a member of the Hell’s Angels and a prominent graphic artist during the 1960’s counterculture movement in California. The Grateful Dead became one of rock & roll’s most revered groups. The San Francisco band blended the traditional folk, bluegrass, and roots while adding a touch of rock to their music.

The band was known for its countercultural vibe and often played marathon concerts that promoted peace and a communal atmosphere. The Grateful Dead often performed for hours at a time, and their followers became affectionately known as “Deadheads.” In 1994, the band was inducted into the Rock & Roll Hall of Fame by Bruce Hornsby. Decades later, the group is still so popular that it even has its own SiriusXM channel.

In 2011, a collector purchased a Led Zeppelin shirt for $10,000 on eBay. It took ten years for Bushnell’s purchase of the Grateful Dead to break that record.