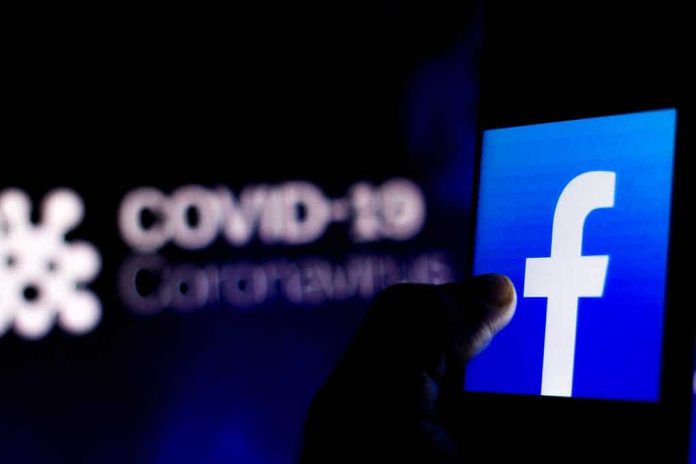 (TheDailyHorn.com) – In 2020, former President Donald Trump said he believed COVID-19 was likely leaked from the Wuhan Lab of Virology. However, he added that he couldn’t say more due to national security issues.

Last fall, Twitter and Facebook censored Trump’s accounts and later banned him from their platforms. In February, Facebook banned any posts about the “lab leak” theory on its platform due to what it termed misinformation.

However, now that Dr. Anthony Fauci and President Joe Biden say it’s possible COVID-19 leaked from the lab, Facebook has decided to drop its ban. Over the last week, calls to investigate the virus’s origination intensified after the Wall Street Journal published a report stating three Wuhan lab workers were hospitalized with severe COVID-19 symptoms in late 2019. A State Department fact sheet backed up this information.

Dr. Fauci said he couldn’t say with certainty that the virus didn’t come from the lab. On Monday, May 24, Biden directed his national security adviser to draw up a report on COVID-19’s origin, including the possibility it came from a lab accident.

It appears so long as Democrats make claims it’s okay to post them on social media. However, if you’re a Republican, it’s misinformation and wild conspiracy theories.