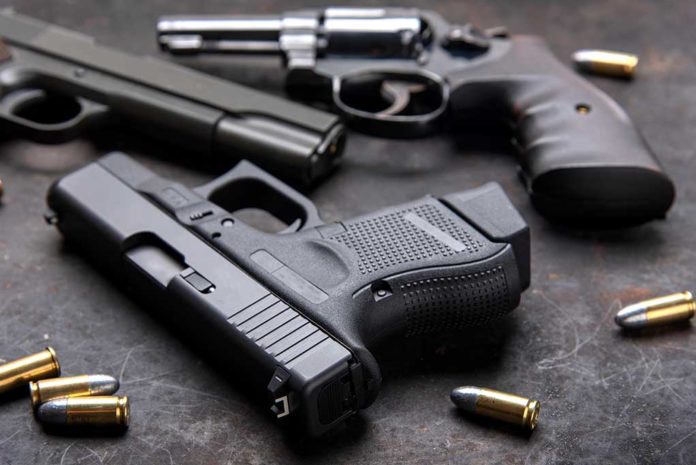 (TheDailyHorn.com) – Gun rights have been a controversial issue for several decades in the United States. Democrats argue that to save lives, the government needs to take guns off the street. Republicans say the Second Amendment guarantees the right of the individual to bear arms. In recent years, the US Supreme Court has tended to side with the GOP position.

The President of the Crime Prevention Research Center, Dr. John Lott, is a respected economist, political historian, and gun rights advocate. He’s written two important books on the gun rights debate. On Tuesday, November 30, Dr. Lott spoke with One America News about the growing partisan divide regarding guns. The researcher said the separation between the two parties on the issue has never been wider.

In his two books titled More Guns, Less Crime, and The Bias Against Guns, Lott argues that the more Americans who own guns, the less likely crime becomes. While the media focuses on gun violence, it rarely exposes the fact the vast majority of gun owners purchase weapons for self-defense. Whatever you believe about the issue, nearly half of the country will disagree.

A new Quinnipiac poll released in mid-November shows that more Americans oppose tighter gun control regulations by a margin of 49% to 45%. While it may seem close, a further look at the details reveals who is on what side of the issue. The vast majority of Democrats (91%) support stricter gun regulations, compared to just 13% of Republicans. Among independents, 54% oppose rules more stringent for gun ownership, while 39% favor them.

There’s more insight to be gleaned from Quinnipiac and Gallup polls. For several years, Democrats have been losing ground to Republicans in rural areas. Outside cities, 64% of people do not favor tighter gun control laws. In cities, 43% support stricter rules on guns.

Why is the Gun Control Divide Important?

The polls reveal that Americans are deeply divided on guns. It may be the widest margin ever seen in America. The challenge for Democrats is that there is no clear public mandate to enact stricter gun control measures. That’s not stopping President Biden from trying to do something on his own. Whether his efforts are Constitutional or not is a different question.

Lott told One America that the Biden administration created a list of 54 million gun owners in the United States. The Bureau of Alcohol, Tobacco, and Firearms (ATF) collects the names of US citizens who legally purchase a gun and keeps tabs on them. The collection of names is drawing criticism from Second Amendment activists who warn the administration is building a national database of gun owners, a practice that’s against federal law.

So, the issue is not just about guns. It’s evolving into a privacy issue as well. Is it any of the government’s business who does and does not own a gun? These concerns arise at a time when Biden is preparing to implement new gun purchasing and ownership restrictions.

Is it any wonder America is so divided?