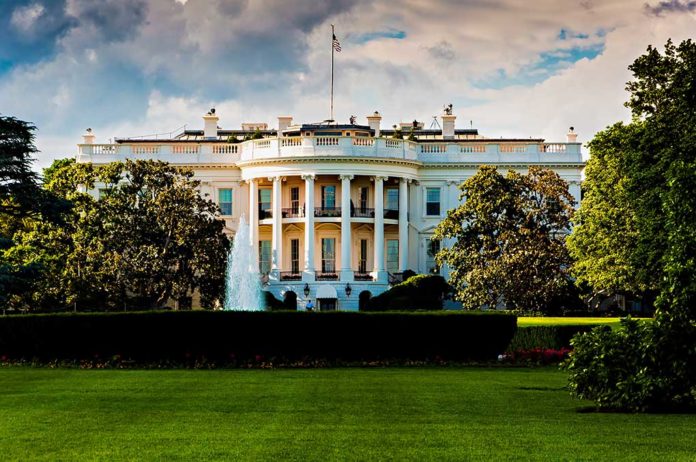 (TheDailyHorn.com) – In poll after poll, President Joe Biden’s approval ratings are tanking. When the polls first started signaling problems in August, many attributed it to the horrendous military withdrawal in Afghanistan. Nearly four months later, the problem is much worse for the president and congressional Democrats.

On November 2, the alarms should’ve gone off for Democrats after Republicans swept the Virginia governorship, lieutenant governorship, and the statehouse. In deep-blue New Jersey, the incumbent governor barely won, and several prominent state Democratic Senators and House members lost seats to Republicans.

According to a recent Washington Post/ABC News poll, 51% of registered voters are leaning Republican on a generic congressional ballot, and 41% Democratic. In virtually every poll, independents are bailing on Democrats. Now, one pollster is sounding another alarm and has a huge warning for Democrats heading into the 2022 midterm primary season.

Centrist group Third Way recently commissioned Democratic pollster Brian Stryker to determine what went wrong for Democrats in Virginia. According to election night exit polls, the number one issue voters cast a ballot on was the economy, with education coming in second. In 2020, Joe Biden carried Virginia by 10 points, and weeks before the election, many believed Democratic gubernatorial candidate Terry McAuliffe was a shoo-in.

What Stryker discovered was the exit polls were spot on. In a strongly worded memo circulated among congressional Democrats, the pollster had some harsh words for his party. The question is, will they listen, or are they intent on passing their semi-socialist agenda at the expense of their election hopes in 2022?

Stryker didn’t hold back when asked what he would tell Democrats running in 2022. He said he would tell every Democrat they have a problem, and it’s deeper than many realize. The pollster said the top issue for voters is the economy.

As inflation explodes, wages drop, and people struggle to find goods on store shelves, the Democrats are in real jeopardy. Yet, voters believe Democrats aren’t focused on bread-and-butter issues. A lot of people believe the Democrats are too intent on focusing on social issues instead of economic ones.

Democrats Not Focusing on the Most Important Issue

While Republicans hammer away on inflation and make a case that the Democrats’ massive spending is to blame, lawmakers on the left continue to ignore economic considerations and suggest their social and climate change bill will somehow make things better for people.

Stryker said this is a massive mistake. According to the pollster, voters don’t want Democrats to balance social issues with economic ones while people feel they’re struggling. He added that the economy is the number one issue among women, black, and Latino voters. Nothing else comes close.

Will Democrats wake up and address issues that are important to voters, such as gasoline and grocery store prices?

Only time will tell.