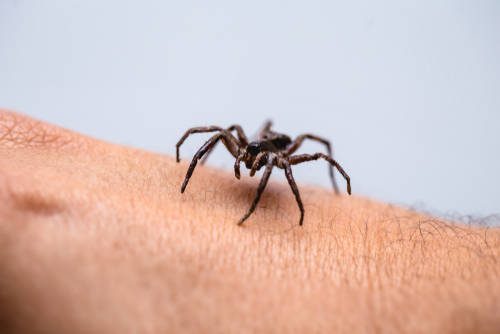 Susi Feltch-Malohifoou, of Utah was bitten by 15 spiders and contracted the flesh-eating bacteria necrotizing fasciitis. She was given two shots and prescribed medication that she takes at home, but her pain got worse, and she went back to the emergency room. She is now in stable condition but has had more than 10 pounds of infected tissue removed.

Adrian Swensen (Susie’s Feltch-Malohifoou’s son) believes his mother was bitten by a spider while on a fishing trip in the Uinta Mountains and contracted the flesh-eating bacteria that is devastating her body. She has had multiple surgeries and medications, and the family has started a GoFundMe page to help cover expenses.

Susie Feltch-Malohifoou has received numerous honors, including being named one of the most influential women in the nation over 50.

The bacteria most commonly enter the body through a break in the skin. Different breaks in the skin can include:

However, people can also get necrotizing fasciitis after an injury that does not break the skin (blunt trauma).

You’re more likely to be injured in a car accident than develop necrotizing fasciitis (flesh-eating bacteria) that can destroy your muscles, skin, and fatty tissues. Most healthy people with robust immune systems can quickly fight off the infection.

For more coverage on this story, check the following additional news source: