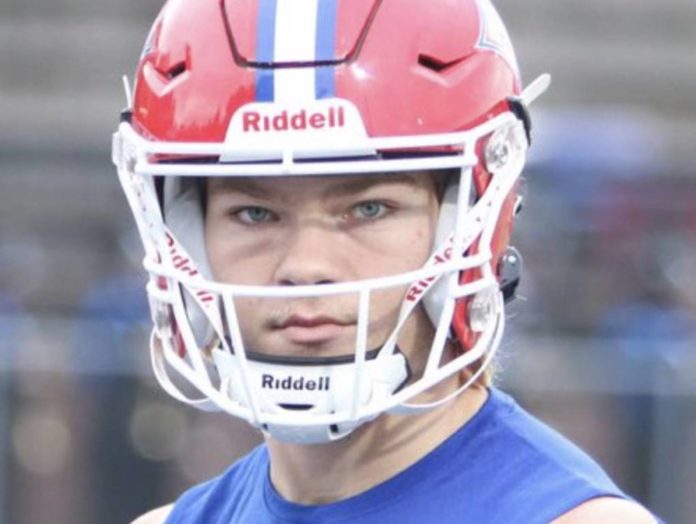 According to police, a fatal shooting took place outside a Davie & Busters in GA when an 18-year-old Georgia football star was shot to death following a fight.

According to local reports, on Wednesday, a promising receiver at Jefferson High School, Elijah DeWitt, was gunned down outside a chain restaurant at Sugarloaf Mills Mall. At around 8 p.m., the 18-year-old was found dead following a shooting report, police said.

Gwinnett police said Kemare Bryan, 18, and Chandler Richardson, 19, were arrested two days after the shooting in South Carolina. They were charged with felony murder and other crimes linked to the fatal shooting.

“It appears that the suspects and the victim were familiar with each other, and when they encountered each other in the parking lot, an altercation took place and then the shooting.” Police said. Although according to the family as reported by WSBTV, “Elijah was definitely not friends with Bryan and Richardson.”

In an interview with Fox 5, DeWitt’s mother claimed her son was murdered during a botched robbery attempt.

Dawn DeWitt reflected during a vigil on Sunday; she talked of her son’s death as “definitely the worst day of my life.” She added, “I want him to be remembered as a fierce competitor with a very large heart.”

Craig DeWitt’s father said he forgave the murder suspects despite the attacks. He told Fox 5, “Forgiveness is for the forgiver. We don’t want the hate in this household.”

DeWitt’s girlfriend, Bailey Reidling, told WSBTV that DeWitt was “a protector in his family.” She told the station, “I just want everybody to know that he was just very kind and gentle at heart. He was really everybody’s protector.”

In addition to the murder charges, Bryan and Richardson were charged with aggravated assault, malice murder, and possession of a firearm during the commission of felonies, according to Gwinnett police.

The Jefferson High School Football program is heartbroken as we mourn the loss of one of our own, Elijah DeWitt. The DeWitt family is in our thoughts and prayers. We appreciate your understanding as we respect the family’s privacy during this time. pic.twitter.com/9q2l6nujPA