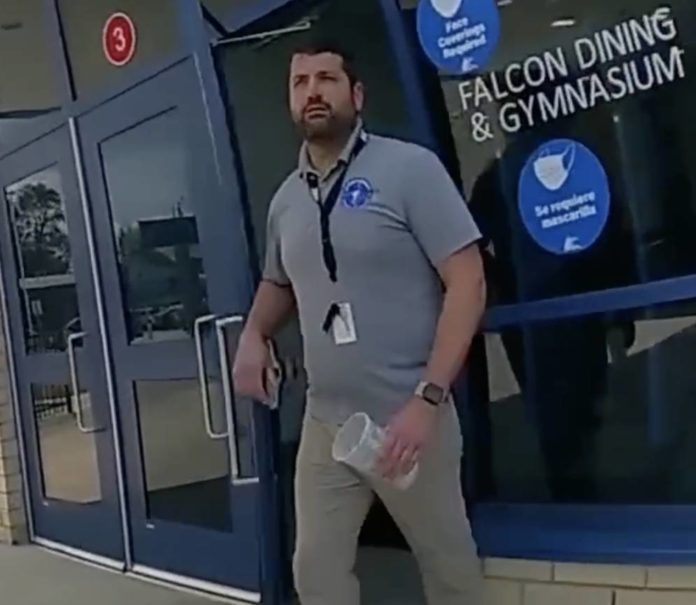 The four armed teenagers wearing masks approached Garret Morgan High School in Cleveland, Ohio, and security officers immediately called 911. Security officers repeatedly warned that the suspects must not be allowed inside as they approached the school.

According to 911 records, he is heard saying, “Do not let them, do not let anybody through that door, people,” the 911 call records indicate.

The dispatcher then ordered, “Keep the school locked down.”

However, despite repeated warnings, the young men were allowed to enter the building. Two school administrators, Christopher Kane and Carolyn Elias, both assistant principals, let them in.

According to a witness, “Two assistant principals from leadership let the males into the building.”

One assistant principal told the police, “I confirmed the interior doors were locked and instructed the four suspects to come to the vestibule because it was unsafe to be outside because I saw police officers.”

Security footage shows Kane standing outside the door where the alleged gunmen entered. As they entered the vestibule, the suspects were locked from entering the rest of the building, although they still had access to the outside.

All 285 students at the school were placed on lockdown during the incident.

Despite their attempts to run away, three of the suspects were apprehended by police. Two of the suspects had guns in their possession. Meanwhile, two suspects have been released on their recognizance during the ongoing investigation. An unrelated robbery case led to the arrest of a 16-year-old suspect. In the end, one suspect escaped.

In a statement, Cleveland Metropolitan School District defended the administrators who admitted the alleged gunmen into the building.

In the statement, it reads, “As one of the witness statements indicates, the males entered a controlled, secured area that is specifically designed to prevent access to the rest of the building; Cleveland police had already arrived on the scene and were able to make arrests. The staff member made a split-second decision that the individual thought was the best way to keep students and staff safe.”

There is still an investigation underway in this case.

How armed teens got into Cleveland school: I-Team Fox 8