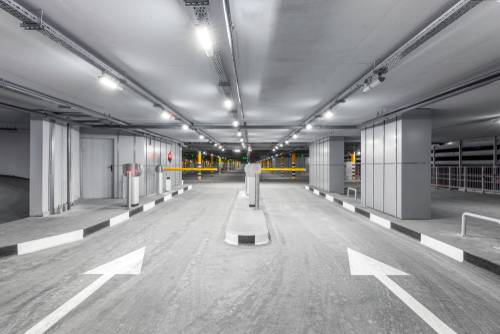 Last week the Atlanta Police Department reported that at 12:15 a.m., a car and driver had been involved in an accident on Peachtree St. Officers were able to locate him at the scene. Many local outlets report that the incident occurred near the Colony Square food hall in midtown.

As soon as the APD accident investigation unit arrived, they began investigating what had happened.

The preliminary findings determined “the victim had opened his driver’s side door to reach the ticket machine that operates the exit gate of a parking garage. The vehicle moved forward while the victim was still partially outside, resulting in a collision and entrapment with the driver being pinned.”

According to reports, the driver was pronounced dead at the scene.

This isn’t the first time something like this has happened. Nearly two years ago, a 23-year-old Columbus, Ohio, woman was killed trying to leave a parking garage.

Victoria Strauss dropped her card shortly after 11:30 p.m. while she was paying for parking, according to Columbus police.

According to police, she unintentionally accelerated when she opened her door and leaned over to pick up the parking card.
A police report said Strauss was pinned between her car door and the door frame when she died at the scene.