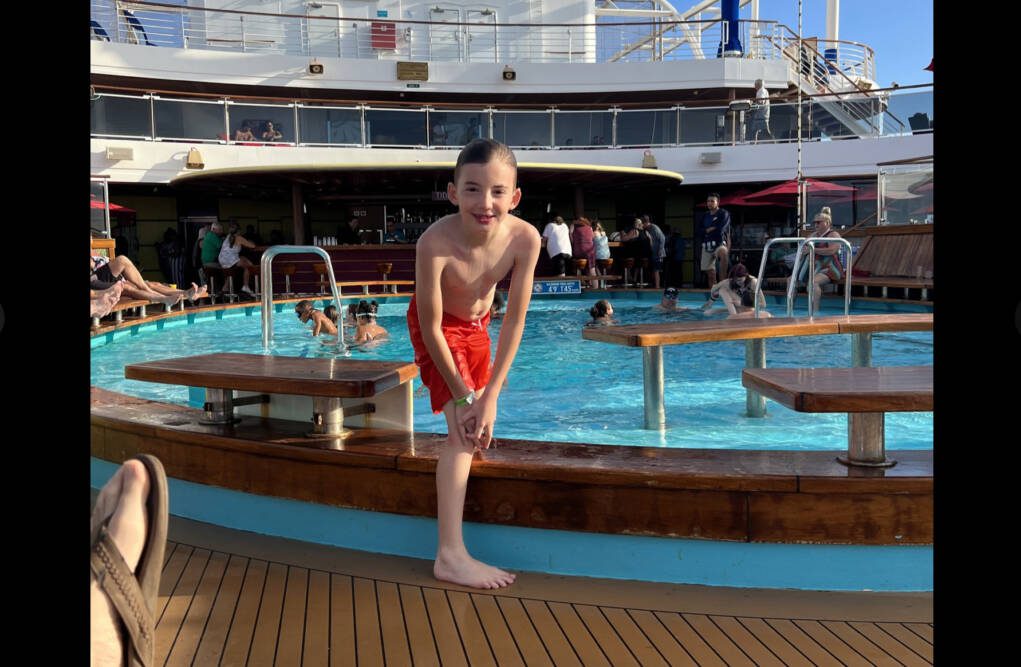 While on vacation in Belize with his family, a Colorado boy suffered life-threatening injuries including a skull fracture and third-degree burns. A horse dragged the young boy for two miles.

His family was on their first Carnival Cruise together when the boat docked in Belize, and they decided to go horseback riding.

Eight-year-old Stefan Keryan fell off of his horse during a day excursion while in port in Belize. This last week Stefan was dragged on pavement for two miles before being rescued causing multiple injuries.

The family found themselves in need of emergency medical services far away from home. A stressful situation for the whole family. Stefan was transported to a local hospital where he received treatment until other arrangements could be made.

As reported by Good Morning America, his mother, Heidi Kenyan said, “I heard yelling, and I looked over and as the horse was running past, I see that the saddle is flipped and that my son is being dragged by his foot,” adding, “My older daughter and I started yelling and screaming and running as fast as we could to get to him but that horse was really fast.”
After hearing about the boy’s plight, strangers helped fly him back to the United States on Peak Medevac on Monday.

They were eventually able to get the horse to stop. According to Heidi, the horse owners didn’t have licenses to take people on excursions and did not provide helmets for her family.

The boy’s family was desperate to get Stefan back to the States.
Heidi told CBS News days before he returned, “He’s scared. He is in and out of consciousness, and he is, he just wants to come home.”

In Aurora, Colorado, the 8-year-old is now receiving medical treatment for burns and and the head trauma as he recovers from the incident.

CBS News reports that Stefan did not suffer any brain damage, but he may need surgery that will replace a portion of his scalp.

“We will get through everything else because he has the best care he can get at children’s hospital,” Heidi continued. “He is sleeping soundly now.”

Heidi feared the treatment in Belize would not be enough to save her son. Before Peak Medevac helped bring her son home, he was begging to go home.

In a a GoFundMe set up by Stefan’s grandparents, the family was prepared to pay out of pocket more than $12,000 to bring Stefan home before the Peak Medevac offered to bring him back at no charge.

As of Tuesday, his fundraising page had raised about $68,000, less than his family estimated his hospital bills would cost.