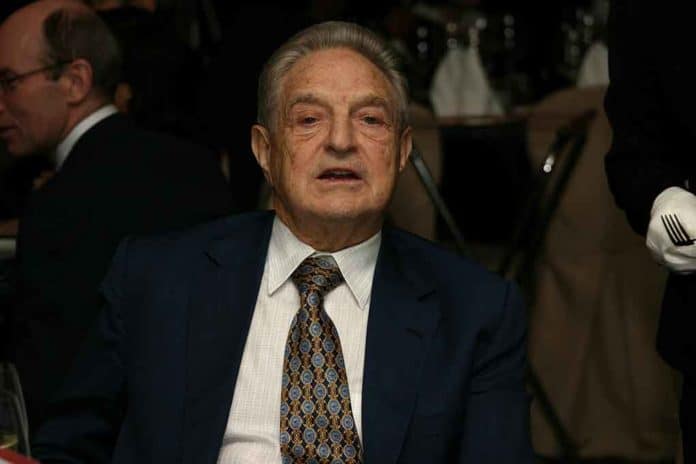 (TheDailyHorn.com) – No cash bail has become a reality in several liberal cities where Democratic campaigns for attorney general positions were bankrolled by billionaire George Soros. This situation impacts victims who no longer feel safe when those accused of committing serious crimes are arbitrarily released from pretrial custody.

Now, it appears that Soros and his allies have found a way around getting criminals out of jail in cities where no cash bail is politically tenable.

Soros also sent millions to groups at the Tides Center, which passed $737K to the bail fund in 2020 and now this! Who is the enemy of our country? https://t.co/yducItgzvJ

Over the years, Soros has donated hundreds of millions of dollars to Democratic political campaigns and liberal activist groups. On Monday, February 14, 21-year-old activist Quintez Brown was arrested and charged with the attempted murder of mayoral candidate Craig Greenberg. Two days later, The Louisville Community Bail Fund put $100,000 down to bail Brown out of jail and keep him under house arrest.

Greenberg slammed the bail fund for helping someone who tried to murder him and then forking over cash to get him out of jail.

The community bail fund is part of the Alliance for Global Justice. It’s an advocacy group that received a $250,000 donation from one of Soros’ foundations. The group has allegedly spent money helping Palestinian terrorist groups and supporting the antisemitic Boycott, Divestment, and Sanctions (BDS) movement. So, is it a surprise that Soros is bankrolling violent people who should be in jail awaiting a trial?