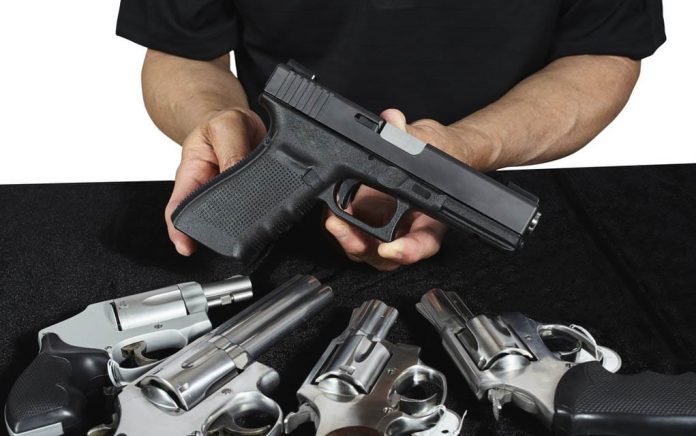 (TheDailyHorn.com) – Firearms sales lept in March and April as the country shut down its cities and borders due to the COVID-19 pandemic. Today, sales remain strong and are predicted to rise as Americans arm themselves in the face of civil unrest like the protests and riots seen all over the country the past few weeks.

Small Arms Analytics & Forecasting estimated that 1,726,053 guns were sold in May 2020. That’s an 80% increase from the same time last year. Of these numbers, handguns outrank long guns in an almost two to one ratio.

The FBI was busy trying to keep up with the sales. The agency ran 3,740,688 background checks in March and 3,091,455 in May. These checks do not imply direct sales. Many potential buyers undergo background checks but ultimately do not purchase.

Why the Sudden Uptick in Sales?

In St. Louis, buyers lined up in the streets outside of gun stores to purchase firearms as rioters hit the streets usurping protests to demand police reform in honor of George Floyd, who was killed by a Minneapolis Police Officer on May 25.

According to the Pew Research Center, 67% of Americans who choose to own a gun do so for safety and protection. The current riots in the streets raise fears of slowed police response times and lives put in danger. Gun owners may feel more secure with their own handguns at the ready.

A Positive Side Effect

Not only are direct gun sales good for the economy, investors are helping as well. With this drive to be self-sufficient, Americans are optimistically investing in stocks they feel will perform well in this uncertain economy — gun and ammo companies being prime examples. This is good news because it shows a confidence that they see an eventual economic recovery on the horizon.