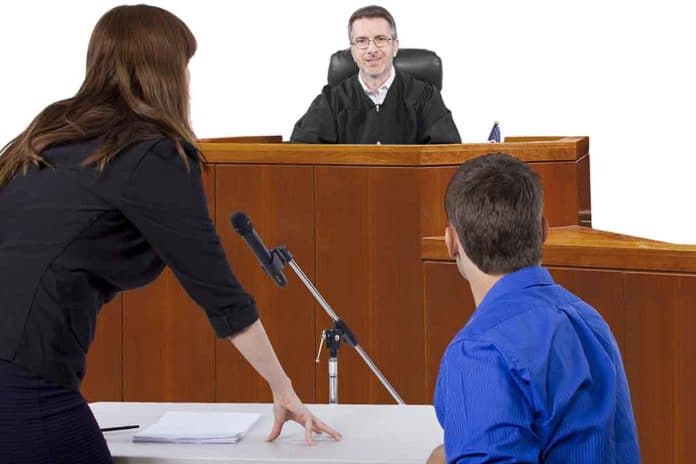 (TheDailyHorn.com) – New York City has some of the most lenient bail reform laws in the United States under Democratic Mayor Bill de Blasio. In the early hours of Wednesday, December 8, a homeless man with a long rap sheet was subdued by security after they caught him setting the massive half-a-million-dollar Fox News Christmas tree on fire.

On Wednesday morning, 49-year-old Craig Tamanaha was arraigned and released by a New York City judge hampered by the city’s lenient bail reform law. In Manhattan criminal court, Tamanaha cried, saying he didn’t set the tree on fire. The suspect has a long history of prior arrests, including intoxication and drug possession. Outside of the courthouse, Tamanaha screamed obscenities at reporters and then asked for a cigarette.

In New York, arson is not a felony unless an arsonist attempts to harm or harms a person or carries out a hate crime. A city assistant district attorney did not file charges that would include a bail eligible release. In order to meet the criteria, Prosecutors needed to charge Tamanaha with third-degree felony arson or higher.

If the suspect is homeless, how are law enforcement authorities supposed to track down and find the man? Are they supposed to wait for him to commit another crime?

How is Tamanaha not considered a danger to himself or others with his rap sheet?

Apparently, if you live in a big city full of crime, those are unimportant questions.