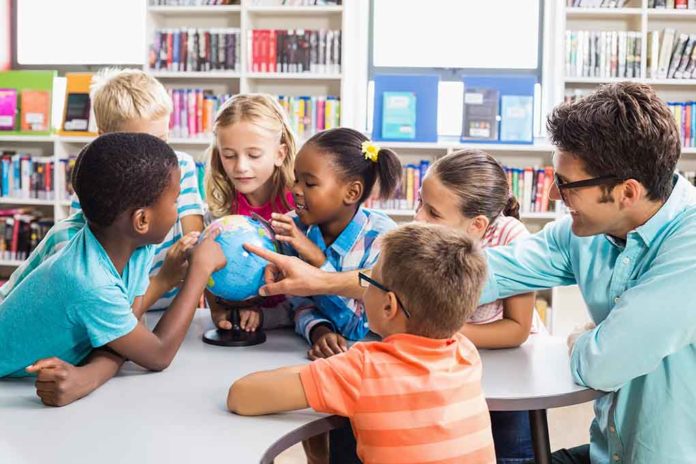 (TheDailyHorn.com) – It’s not uncommon for teachers to ask young students to light-heartedly reenact Thanksgiving or put on plays about historical events. Many young students even reenact Abraham Lincoln’s reading of the Gettysburg Address.

On Friday, December 17, a teacher in the Washington, DC area asked her students to go way out of bounds. Originally, the third-grade students were supposed to create a self-directed project they would share with their classmates ahead of the holiday break. What they ended up reenacting was shocking.

A Watkins Elementary School staff member made third-graders reenact the Holocaust with some graphic detail. The children were required to dig mass graves for their classmates and then simulate shooting them. The instructor cast a Jewish student as Hitler. At the end of the reenactment, the third-grader was instructed to pretend to commit suicide. The child also had to make antisemitic comments during the performance. Other students were told to pretend to die in a gas chamber.

Afterward, the instructor asked the students not to tell anyone what they did. She should have known better. The kids immediately told their homeroom teacher. The school’s principal apologized profusely and said that no student should be subjected to portrayals of violence, genocide, war, or murder.

The school district put the instructor on leave and initiated an investigation. They say the lesson plan was not approved and apologized to students and families involved.