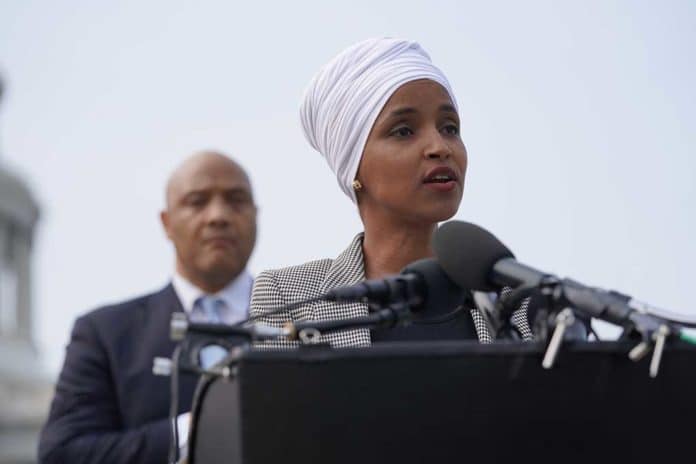 (TheDailyHorn.com) – Once again, a far-left member of the so-called “Squad” is seeking punishment for supposed discrimination by a fellow member of Congress.

A devout Muslim, Omar often expresses anti-Semitic rhetoric to attack Jewish people and advocates stripping Israel of US military protections from Muslim countries such as Iran, which wants to wipe the tiny nation off the face of the earth.

Omar called McCarthy a coward and a liar, and said the Republican leader refuses to condemn Islamaphobia and anti-Muslim statements by some Republicans. While Democrats refused numerous times to condemn Omar’s anti-Semitism, the radical Democrat wants McCarthy to address so-called anti-Muslim rhetoric.

Why don’t Democrats and Republicans simply condemn all bigotry in Congress?