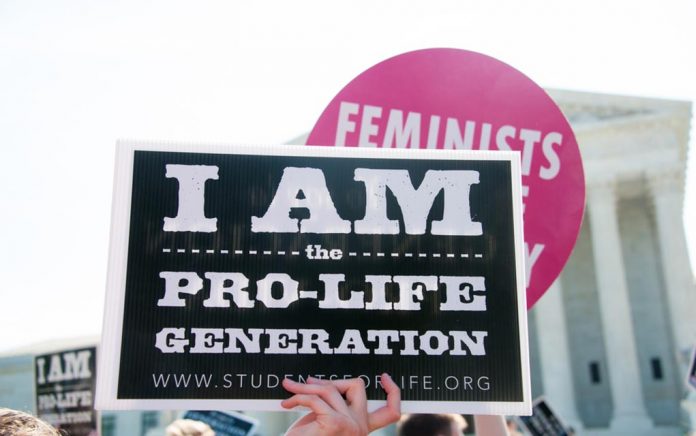 (TheDailyHorn.com) – Statisticians estimate that around 353,000 babies are born around the world each day. Tragically, thousands don’t make it this far. As medical methods have progressed and politics have liberalized, abortion became widespread in most developed countries. The United States is no exception, yet some still choose to hide its devastating effects behind flowery words or misleading terms. Here’s the real truth about “pro-choice.”

The Reality of “Pro-Choice”

Liberal propagandists have succeeded in making “pro-choice” the universally accepted term to describe those who favor legal abortion. The argument in favor of this name is that proponents of the movement don’t necessarily agree with abortion; they might never choose to have a termination procedure themselves. They just want the law to support women who want an abortion in their right to choose.

As the story goes, “pro-abortion,” is therefore an inaccurate term.

Anyone with respect for the right to life before birth should find this moniker grossly offensive. Reducing human life to nothing more than a ”choice” isn’t something that should sit well with those who have a strong moral compass. In fact, the use of this term gives Liberals something to hide behind so that they don’t have to face up to the horror of the agenda they support.

There is no campaign in favor of the choice to commit assault or burglary, and there is certainly no movement proposing that we should have the choice to murder.

Except, however, that there is such a movement. Despite the innocence of its name, the pro-choice movement is a crusade in favor of the right to kill.

Abortion statistics show us just how deadly this right is. The CDC reports that there were over 623,000 legal abortions in the US in 2016, a figure that had increased by 113% since 2007. These are human lives lost, all in the name of “choice.” In light of numbers like this, it’s impossible not to regard this as a pro-death movement.

Pro-choice is a strong and devious term. It allows those who use it to pretend that their movement is about empowerment and to portray their opponents as enemies of progress and equality. It is this kind of evasion that enables supporters of abortion to succeed when trying to implement their unethical, pro-death agenda.