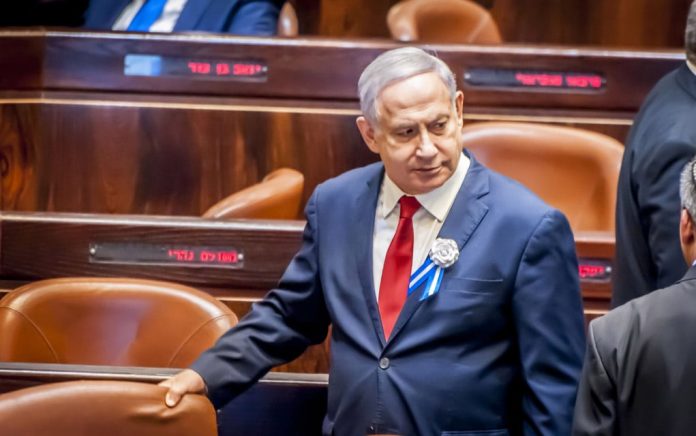 (TheDailyHorn.com) – Israel’s longest-serving Prime Minister has faced two years of obstacles, deadlocked elections, and COVID-19. However, Prime Minister Benjamin Netanyahu’s biggest challenge to date has just begun. After 12 consecutive years in office, Netanyahu is defending himself against allegations of corruption.

Israeli Prime Minister Benjamin Netanyahu pleaded not guilty as his trial on corruption charges resumed in a Jerusalem courtroom just weeks before national elections in which he hopes to extend his 12-year rule.https://t.co/mpVd8ehp46

On Monday, February 8, the popular Prime Minister pleaded not guilty to charges of fraud, breach of trust, and accepting bribes. He is the first sitting prime minister in the nation’s history to be put on trial for corruption.

In just a few weeks, Netanyahu is on the ballot again. However, the trial could hamper his reelection efforts. Protestors already regularly call for his resignation over those allegations.

According to Israeli law, Cabinet members charged with crimes must resign, even if they are ultimately found not guilty. However, the law doesn’t specify if the nation’s leader must resign.

Netanyahu has repeatedly claimed he didn’t do anything wrong and said the case is a “witch hunt” by his opponents in law enforcement and the media. He has said he will not step down and often derides his critics for what he believes are their untrue, unfair, and unwarranted accusations of wrongdoing.